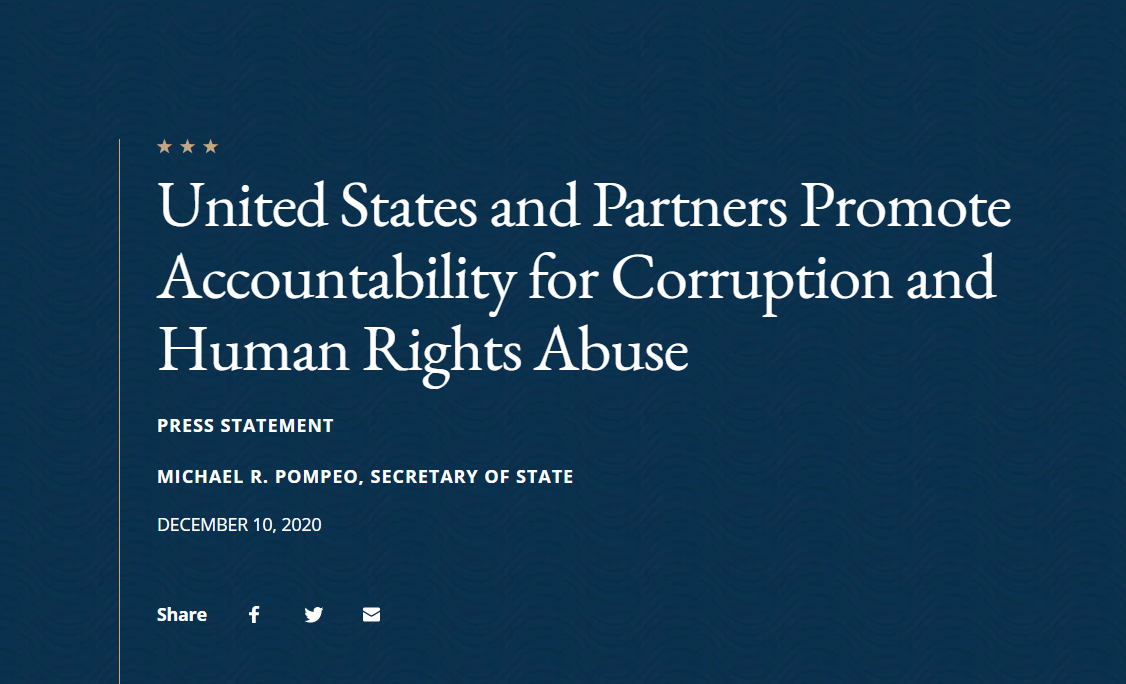 Yesterday and today the United States imposed sanctions under the Global Magnitsky sanctions program on corrupt actors and human rights abusers worldwide.  These actions target actors across the globe who disregard individuals’ human rights and international standards to prevent and combat corruption.

We stand beside our partners in the UK who similarly took action against those seeking to rob individuals of their rights.  We congratulate the UK on the actions it took today under its Global Human Rights sanctions program.  In total, the United States and the United Kingdom designated 37 actors in the past 48 hours in connection with corruption or serious human rights abuse.

The ideals we share, supported every day by the formidable work of civil society and journalists, drive these actions.  The United States looks forward to continuing our partnerships with allies and civil society alike to defend human rights, combat corruption, and promote accountability and good governance.

We also welcome the European Union as a partner in this effort after its decision this week to adopt a Global Human Rights sanctions framework of its own.  Together, along with other international partners who seek to promote our shared values with similar tools, we will ensure corrupt actors and human rights abusers will have no refuge within our jurisdictions.