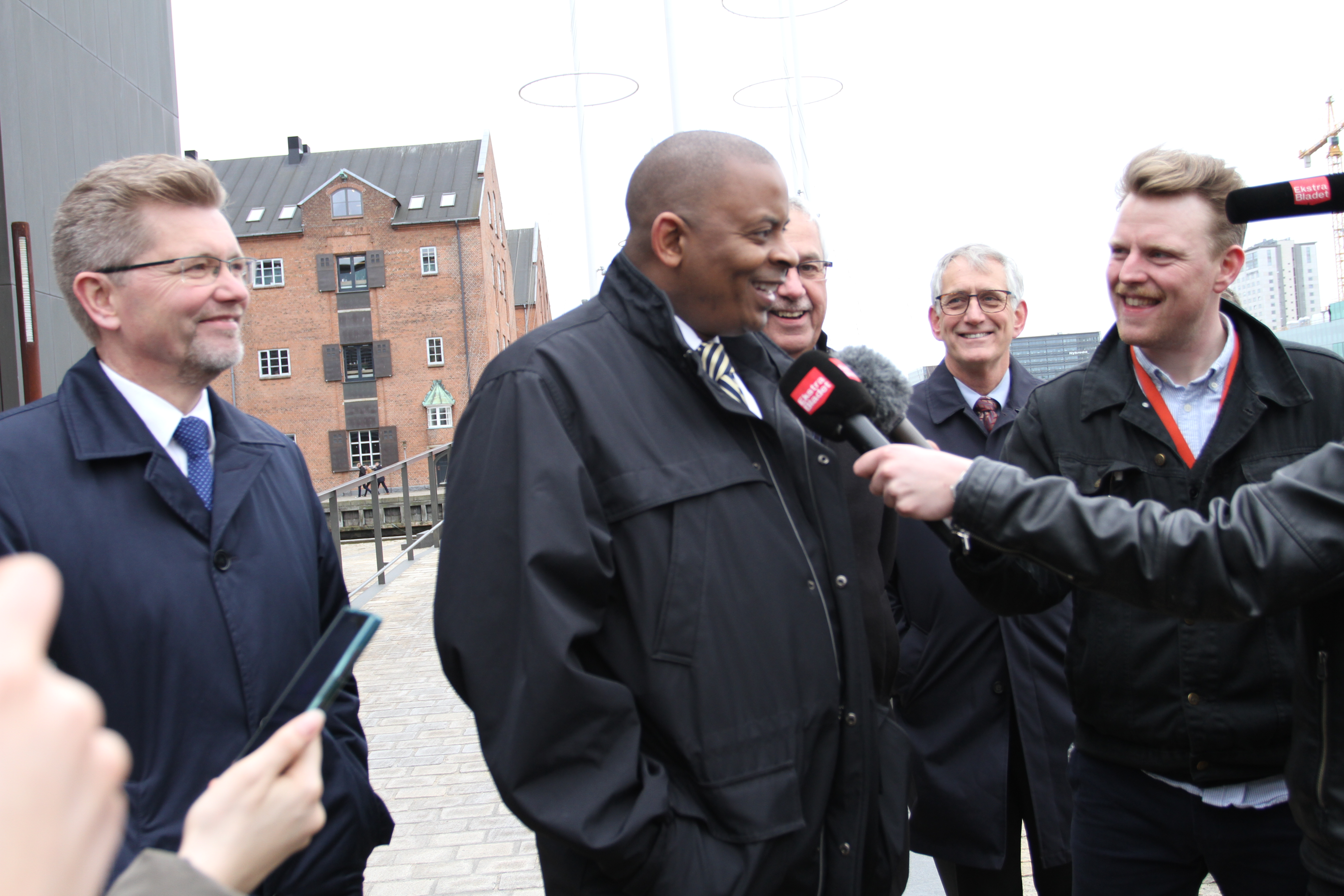 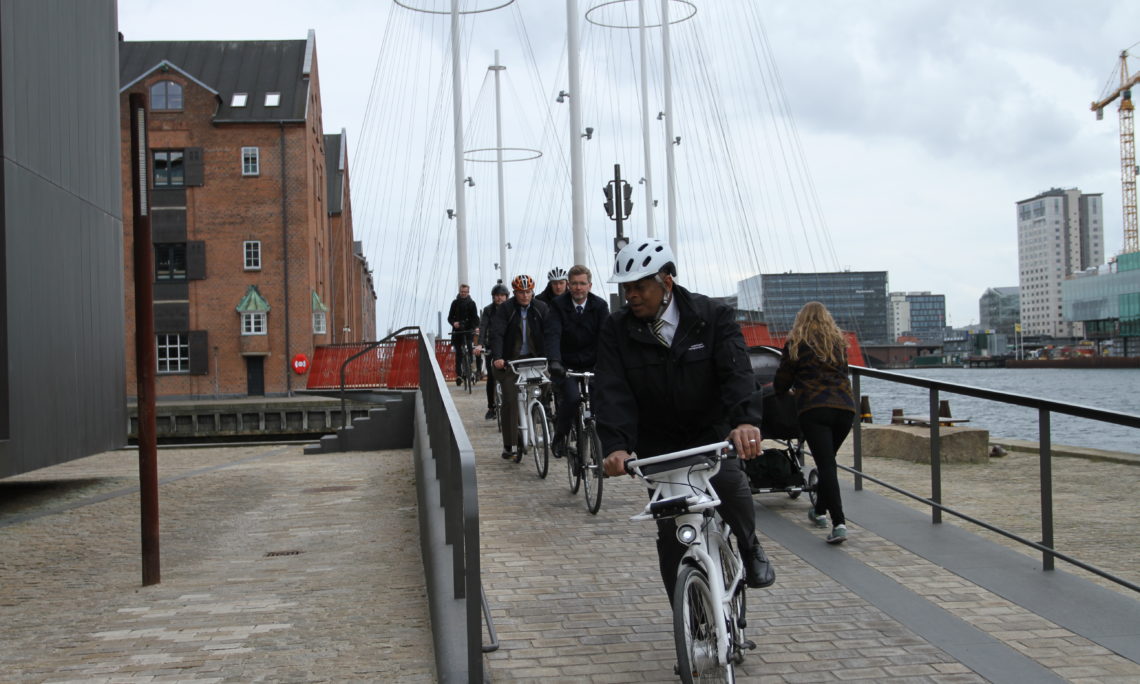 Denmark is know around the world and in the U.S. as a very bicycle friendly country with lots of bike lanes. Its cities, especially Copenhagen, is known to be very livable. Easy commuting, good public transport and city bikes means that when U.S. federal, state and local governments look for inspiration for transportation, Copenhagen is the go-to city.

U.S. Secretary of Transportation, Anthony Foxx, along with several U.S. mayors toured the city on bikes. They guided through the streets of Copenhagen by Claus Bondam, head of the Danish Cyclists’ Federation and Danish Minister of Transportation, Hans Christian Schmidt. Ambassador Gifford also participated in the tour. Apart from enjoying the scenery and nice weather, the visitors got a chance to try a bike friendly city first hand.

So why is this interesting for American cities? Just like in any other city, American cities are facing increased traffic along with higher demands for being livable. Being livable means reducing pollution, making it easier to quickly get around and reducing noise and discomfort. For quite a few years now, several U.S. cities have changed to become more bike and pedestrian friendly, but there’s still plenty of room for improvement.

The desire to be more livable, and more environmentally friendly, coincides with overarching trends in the U.S., where more and more people are into things likeurban farming, and where renewable energy is becoming more and more prevalent.