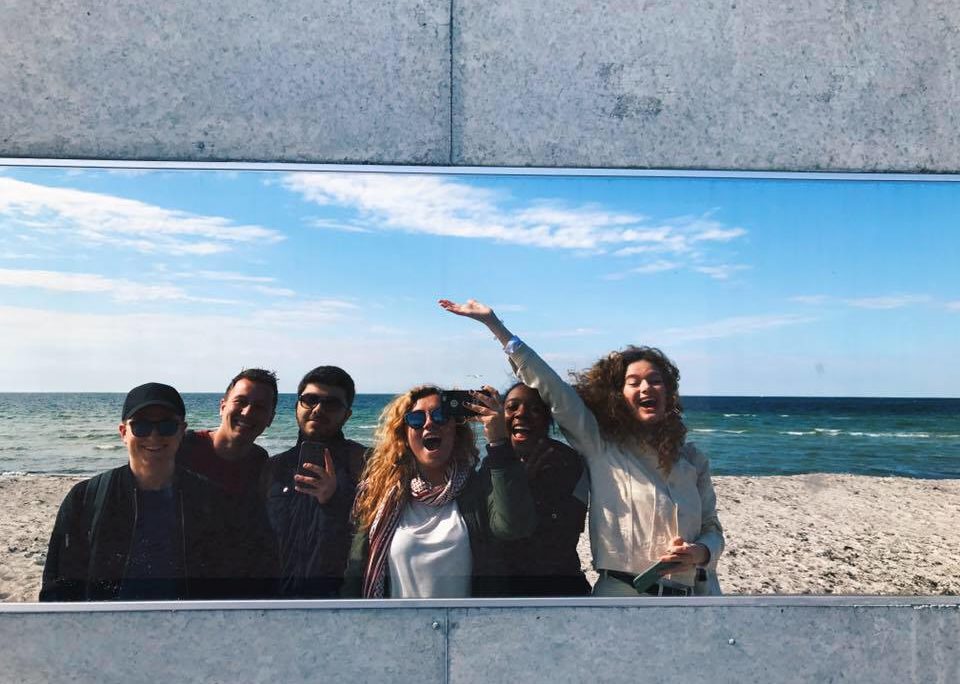 Simbi, who has blogged on our site this winter and spring is almost done with her semester in Denmark. During her stay here she’s given an American perspective on many things Danish. This time she discusses her thoughts about leaving, seeing now familiar things with fresh eyes, and being conscious of your surroundings. The views expressed are the author’s personal views and should not be construed as endorsements.

As the weeks are winding down and I realize I’ll be leaving Denmark in a shorter amount of time than I would like, I’ve began to do something to help me cope with that fact. I’ve begun to look at everything with “fresh eyes”.

This “fresh eyes” perspective didn’t come out of nowhere. I remember that when I first arrived to Copenhagen exclaiming to my exchange buddy about how great everything was and I even stated, “Even the floor here is beautiful” which was me exclaiming about the cobblestone streets. These are the type of perspectives I’d like to leave with as well so the memory is as vibrant in my mind as it was six months ago.

I used to just take pictures of the ground, the sky, anything my eyes would lay on. While I still tend to do that, it’s more so me doing it when things are somewhat out of the ordinary.

It’s human nature to sort of get used to everything around you and not really absorb what’s actually happening. I realized I’d walk the streets trying to get from point A to point B more and more as the months passed, and I stopped taking in everything I’ve grown to learn about this country. I was recently reading a book that talked about being fully conscious in your surroundings, and that’s something I was lacking a little in my life. As I would take the S-train from the city I would be reading a book on my phone or closing my eyes listening to music. When I took my bike out for the day I would wear my noise cancelling headphones so I could focus on the music on my journey from one point to the other. I don’t think this is the worst thing in the world to do, but personally I feel like I’m diminishing my short time here by not being fully conscious.

So, after realizing all of that I’ve taken time to really treat every day like I’m seeing things for the first time. The metro, train and bus stations I’ve walked through so many times that I began to ignore them. I’ve learned to take in a little slower and attempt to appreciate them more.

I stopped to take a picture of the station I see almost every day and took more time to appreciate it. I know that I have bad memory, but when I go back and see this picture I’ll remember it brand new.

The streets I’ve walked past I either attempt to take a new route and really take them in or try to stop rushing. When I’m walking near Hovedbanegården, Tivoli and Strøget my movements can be described as nothing less than a panicked person just trying to make it out alive. I used to do a lot to avoid walking in certain areas that are known to be crowded, but I have sort of sat back and thought to myself that they’re crowded for a reason, and to sit back and enjoy it from a new perspective.

My friend Whitney is currently in Senegal and is having a hard time adjusting to an environment that is completely unlike anything she’d experienced before. My advice to her was to learn to appreciate the beauty in the little things and see things you would normally sort of disregard in a new light. I realized that I was giving her this advice while I was ‘unconscious’ in my day to day life.

This new perspective has also taken me into appreciating my friendships a bit more. Some of the people I met I’m realizing I may never see again in my life because of the distances of where we’re from. I’m learning to enjoy the newer friendships in my life, and appreciate the ones that have been there from the start of this journey.

All in all I’m going to miss this place I’ve learned to call home but I know the memories and people will stay with me forever.

Would you like to read Simbi’s other blog posts?
Here they are: