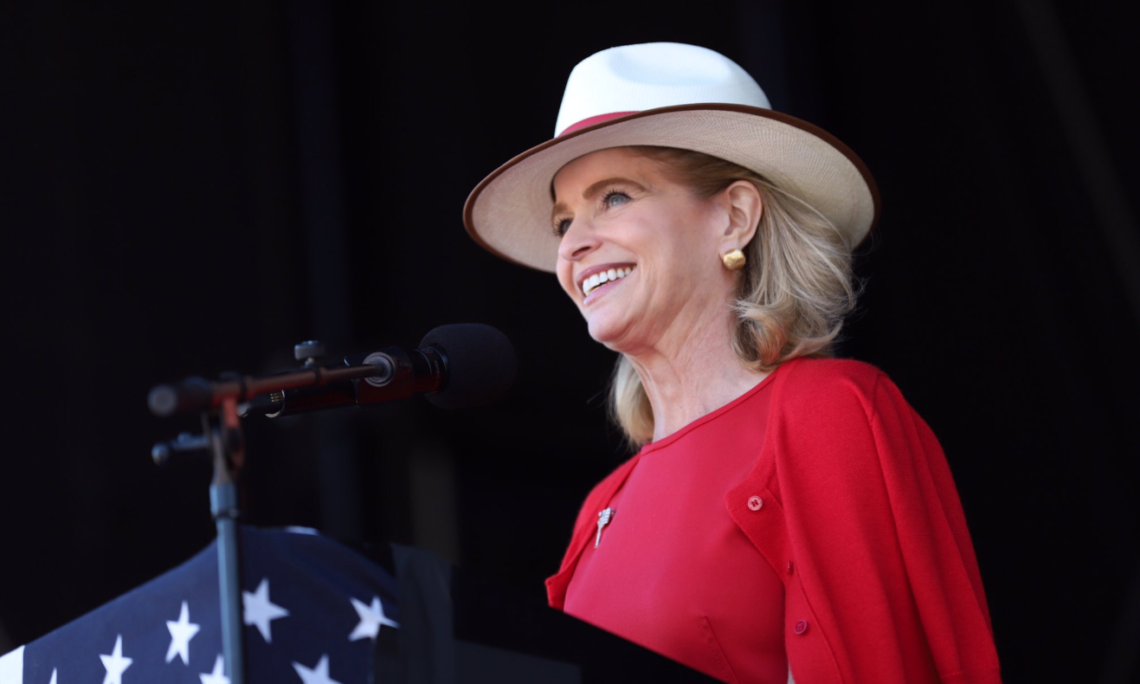 By U.S. Ambassador to the Kingdom of Denmark, Carla Sands.

Today, July 4, high up in the Rebild Hills to the north of Aalborg, thousands of people with a love of both of our great nations will come together to mark American Independence.  Rebildfesten, which with only a few exceptions has taken place every year since 1912, is a truly amazing event and a very tangible demonstration of the common bonds of friendship and understanding that link the United States and Denmark.  Our unbroken diplomatic ties are among the oldest that we have with any nation in the world and America owes so much both to the Danes who have inspired us from afar and those who chose to make the often arduous journey to the New World.

Like other early settlers, Danes helped to build America from the ground floor up and in doing so made a lasting impact on the cultural political and artistic landscape of our nation.  Danes like Jacob Riis, who used photography as a powerful agent for social reform, immigrated to the U.S. in the late nineteenth century as did Jens Jensen, who revolutionized the landscape architecture of many of our city parks.  More recently, extraordinary Danes like the architect Bjarke Ingels and the TV chef Claus Meyer have continued to enrich our cultural skylines and bring us even closer together as friends.

The ingenuity, talent and courage of the Danish people serve as an inspiration to the United States.  Denmark has been a pioneer showing the world how a nation can create a strong economy and a good society “hvor få har for meget og færre for lidt” (where few have too much and ever fewer have too little).  Globally, Denmark has made the freedom and well-being of others a priority. You have led international efforts to lift people out of poverty far beyond your borders and stood up for human rights around the world often in defiance of much stronger nations.

The Fourth of July is a festive occasion for Americans, but in the midst of the holiday atmosphere we all so much enjoy, it is important not to lose sight of the meaning of our national day or its price.  The fact of the matter is that the freedom – that has become such a natural part of our daily lives – was dearly won.  We are the beneficiaries of those who came before us, those who made the ultimate sacrifice so that we could live in prosperity and peace, and those who were soldiers so that their descendants could become the nurses, teachers and firefighters of our generation.

On this July day, it is important to stop and remember what a miracle our freedom is and how incredibly lucky we are that generations past have been willing to put themselves in harm’s way so we can enjoy the founding principles of life, liberty and the pursuit of happiness.  But the story of our freedom is not just something that we should take out once a year and then put away.  It is something that we have to fight for every single day, cherish and cultivate.

Today our way of life and the freedoms we so often take for granted are under attack.  New menaces exist that threaten and derail our economies, impact our welfare mechanisms and even upset our electoral systems.  With this in mind, it is imperative that we all show willingness to commit resources to confront the dangers head on.  The demands we face are many and varied.  Right now, European welfare economies are strained to their limits as they struggle to find new ways to address the influx of migrants and deal with the increasingly complex issue of integration.  And although the US-led coalition has largely succeeded in routing the Islamic State in Syria and Iraq, we are all too aware that the threat of terrorism still exists. Few Danes need reminding of the threat posed by a resurgent Russia on Europe’s eastern border.  Russia’s aggressive behavior is a threat to stability and security, especially for European nations.

In recognition of this fact, there can be no question about our willingness to contribute to a strong, professional and modern common defense.  As we know from history, nothing good ever comes from trying to appease tyrants who have ambitions beyond their borders.  Authoritarian rulers will only respect us and our territorial integrity if we speak to them from a position of authority.  In short, our on-going diplomatic efforts will only succeed if they are backed up by credible military force.  With this in mind, it is incumbent on all our European allies to honor the pledge to commit 2 percent of their GDP to our collective defense.  No single country is capable of meeting global security challenges alone and that is why the United States is so grateful to have such stalwart allies as Denmark.

From Afghanistan to Syria to security in the Baltic skies, Danes have stood shoulder to shoulder with us and risen to the challenges that define our time.  Together, we and our allies from around the globe have embraced the great responsibilities that come with great power.  Together, we have faced many trials, and emerged unbowed.

America’s founding fathers knew that in order to be free, we must remain vigilant.  Together, we must rise to meet every challenge and threat to our freedom and prosperity.  For centuries America has served as a beacon of freedom and a City Upon the Hill.  However, as President Reagan reminded us, “Freedom is never more than one generation away from extinction. We didn’t pass it to our children in the bloodstream. It must be fought for, protected, and handed on for them to do the same.”

As long as nations such as ours stand together upon a bedrock of shared cultural values, respect for the rule of law, a desire for peace, and a yearning for freedom, I am reassured.  We are more powerful together, and our mutual strength allows us to protect our people and our principles, and assist those less fortunate.

I cannot imagine a stronger ally nor a better friend to my nation than Denmark.  It is an honor to celebrate the strongest principles of my country in the beautiful scenery of the Rebild Hills.

I wish you a happy Fourth of July.