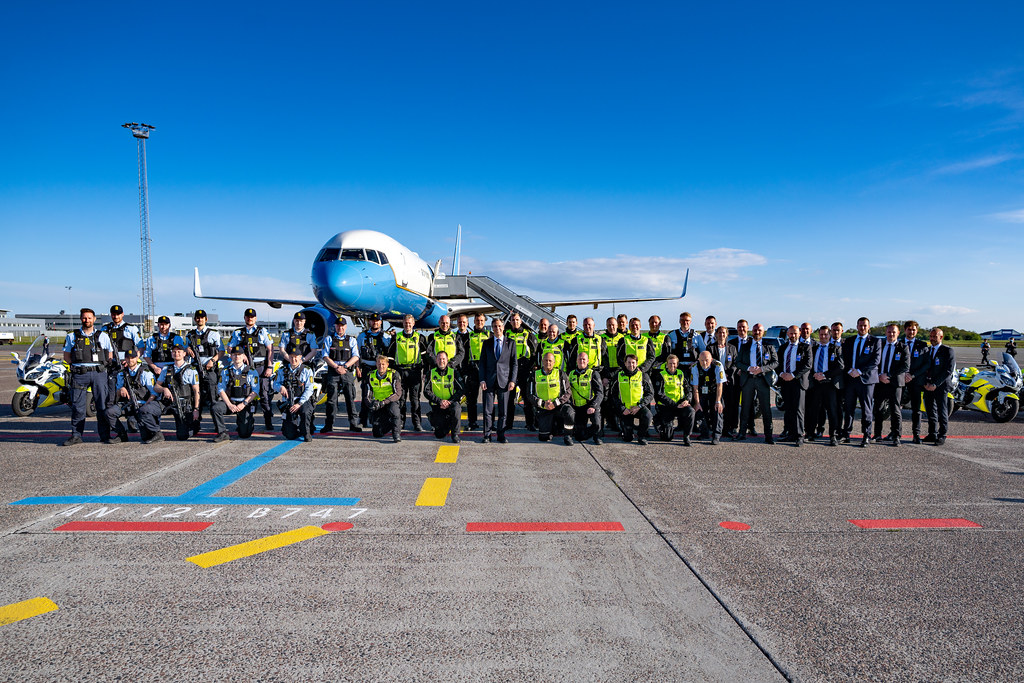 Secretary of State, Antony J. Blinken, traveled to Copenhagen, Kingdom of Denmark, as part of his trip to Denmark, Iceland, and Greenland on May 16-20, 2021.

Secretary Blinken also met with Foreign Minister Jeppe Kofod for a meeting and joint press conference.  The topics were bilateral issues such as strengthening the transatlantic relationship and combatting climate change – where Denmark is leading.
Additionally, the Secretary had the opportunity to meet and engage with leaders and innovators paving the way for a transition to green technologies and working to combat climate change.
He also engaged with Foreign Minister Kofod, Faroese Minister of Foreign Affairs and Culture Jenis av Rana, and Greenlandic Minister of Foreign Affairs, Business, and Trade Pele Broberg. They discussed strengthening the United States’ partnership with the entire Kingdom and the common efforts in the Arctic and High North.

The Secretary also took time to meet the staff at the U.S. Embassy in the Kingdom of Denmark. Secretary Blinken thanked them for their hard work and their effort preparing for the visit. The Embassy staff was also able to ask the Secretary a few questions.

Secretary Blinken’s Audience With Her Majesty the Queen

Secretary Blinken was also given the honor of an audience with Her Majesty the Queen and the Crown Prince of the Kingdom of Denmark. The Secretary was received alongside Foreign Minister Jeppe Kofod in Christian IX’s palace at Amalienborg.

View all of the highlights from Secretary Blinken’s trip to Copenhagen, Kingdom of Denmark here: https://www.state.gov/countries-areas/denmark/

Suggested for You
TwitterFacebookInstagramLinkedIn 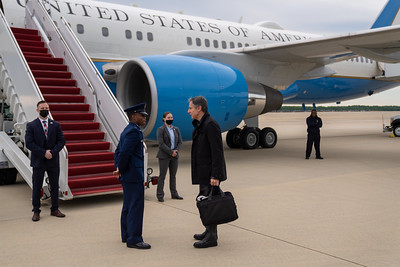