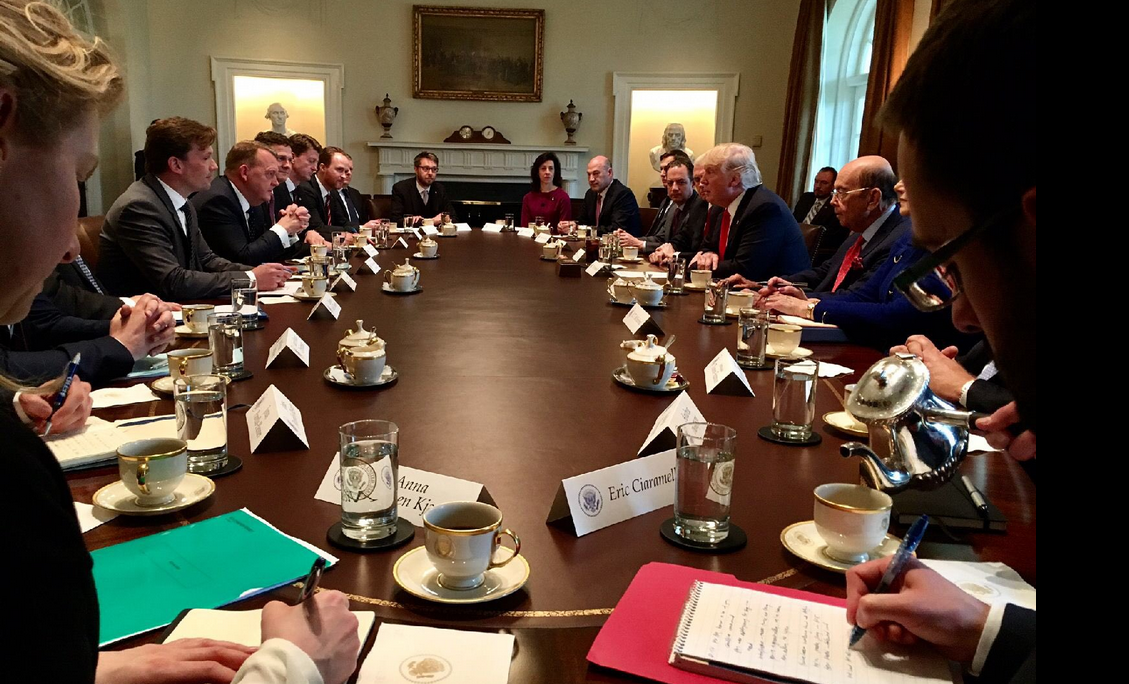 U.S. and Danish delegations at the meeting between President Trump and Prime Minister Rasmussen. Photo: Government of Denmark

Maintaining security and stability together

The President and Prime Minister agreed to continue leveraging our bilateral ties and relationships with Allies and partners to maintain security and stability in the Baltic Sea region and the Arctic. They also underscored the need to maintain momentum in the fight against ISIS. Denmark was one of the first countries to join the counter-ISIS coalition, offering F-16 fighter jets, military trainers, special operations forces, and humanitarian assistance to the effort. The leaders also discussed Afghanistan, where American and Danish soldiers have lost their lives fighting alongside one another since 2001.

What the future holds

The two leaders further addressed bilateral cooperation to create sustainable growth and jobs for American and Danish citizens. Both agreed that free and fair trade based on reciprocal opportunity should be the foundation for stronger transatlantic economic ties. In the years ahead the United States and Denmark will continue to forge ahead side-by-side in pursuit of shared interests and linked by common values.

U.S. Embassy Chargé d’Affaires Laura Lochman attended the meeting as part of the U.S. delegation and continues to lead our bilateral efforts in  strengthening the U.S.-Danish relationship.