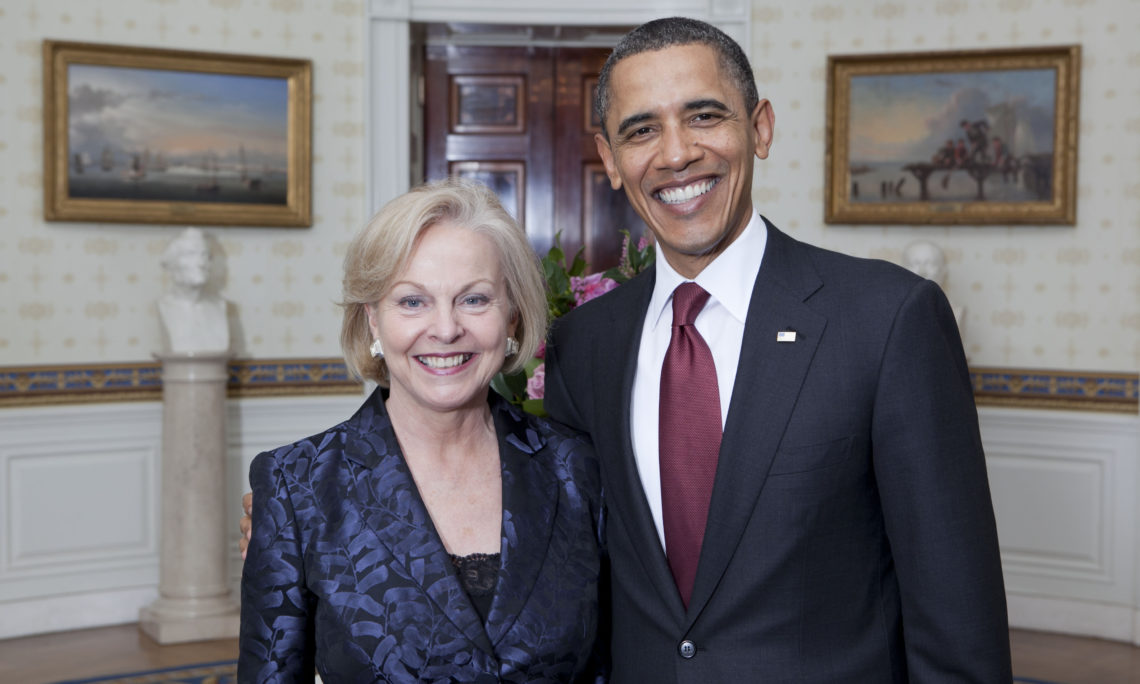 Laurie S. Fulton was sworn in as U.S. Ambassador to Denmark on July 15, 2009 and presented her credentials to Her Majesty Queen Margrethe II of Denmark on August 3, 2009.

Prior to becoming Ambassador, Ms. Fulton was a Partner at Williams & Connolly LLP, where her law practice included complex civil litigation, government investigations, and white-collar criminal defense.  In 2004 she was named as one of “Washington’s Top Lawyers” by Washingtonian magazine.  She is a member of the Bars of the District of Columbia and Virginia, the United States Supreme Court, the United States Courts of Appeals for the District of Columbia, Fourth and Eleventh Circuits and various United States District Courts.  Her knowledge of and experience in the legal profession is extensive as she has handled many complicated matters involving civil, criminal and parallel proceedings in the state, federal courts and agencies, as well as in foreign venues.  Ms. Fulton was an active member of the American Bar Association, and the Litigation, Criminal Justice and International Law Sections.  She served as Co-Chair of the Criminal Litigation Committee of the Litigation Section.

In January 2004, Ambassador Fulton was confirmed by the United States Senate to serve on the Board of Directors of the United States Institute of Peace and was Co-Chair of the USIP International Advisory Council. She has been active in various community and non-profit organizations, including Bright Beginnings, Inc., the Women’s Advisory Board of the Girl Scouts of the National Capital area, the Georgetown University Law School Admissions Interview Program, and the South Dakota Farmers Union Foundation.

Prior to entering the field of law, Ambassador Fulton worked in various positions on Capitol Hill.  From 1982-1985, she was Executive Director of Peace Links, an organization dedicated to involving mainstream women to end the threat of nuclear war, engage in peace-building and promote alternative means of resolving international conflicts.  Ms. Fulton served on the Peace Links Board of Directors from 1989-2000.  Her work was honored with the Pioneering Peace Builder Award by the National Peace Foundation in 2002.

Ambassador Fulton has long-standing ties to Denmark.  Her maternal grandfather immigrated to the United States from Denmark in 1910; her great-grandfather served in the Danish parliament from 1918 until 1940.  Ambassador Fulton’s knowledge of Danish history and culture stems from direct communications among family members on both sides of the Atlantic that has continued through four generations, and includes her visits to relatives who reside in Denmark and their visits to her in the United States.

Ambassador Fulton is a member of various professional associations including the Council on Foreign Relations, the USIP International Advisory Board, the Council of American Ambassadors, and the American Bar Association.