Home Home | News & Events | Joint Statement between the Embassies of Australia, Canada, the UK and the U.S. for International Day for the Elimination of Violence Against Women 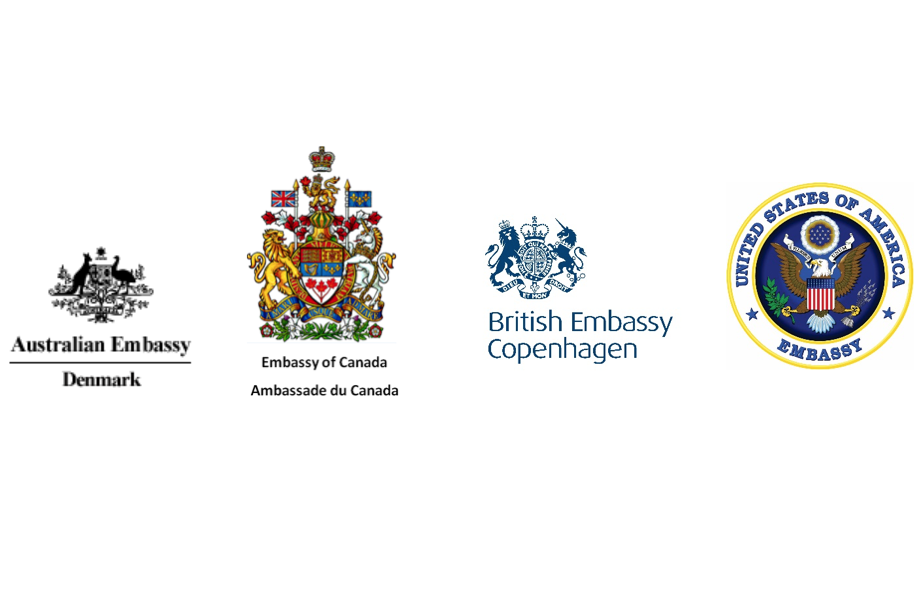 Today we mark the International Day for the Elimination of Violence against Women.

Violence against women is unacceptable, anywhere, anytime and no country is free from it.

Globally, more than one in three women has been beaten, coerced into sex, or abused in some other way, most often by someone she knows. We also know that women with disabilities are at higher risk of experiencing violence and sexual abuse.

Violence against women is a gross violation of their human rights.

Prevention is possible and essential.

Today we acknowledge the profound and devastating impact it has on women: restricting women’s lives and opportunities; causing significant physical and emotional injury, and which have a lifelong impact on her children.

We recognise the work we’ve achieved so far to end violence against women but acknowledge we have more work to do.

Women’s safety is a national priority for each of us – we are contributing to initiatives domestically and internationally, including through supportto a range of evidence-based programs aimed at ending violence against women.

Today, we restate our commitment to the Sustainable Development Goals (SDGs), particularly goal 5, which includes the elimination of all forms of violence against women and girls in the public and private spheres, including trafficking, sexual and other types of exploitation.

We recognise the elimination of violence against women as fundamental to our future prosperity.

We welcome a world without violence against women.

Joint Statement between the Embassies of Australia, Canada, the United Kingdom and the United States of America for International Day for the Elimination of Violence against Women

Australia has committed to address domestic and family violence through Australia’s National Plan to Reduce Violence against Women and their Children 2010 – 2022 and our Stop it at the Start campaign. The Stop it at the Start campaign is a prevention initiative aimed at generating long-term cultural change and break the cycle of violence. Women’s empowerment is also hardwired into our development aid through our Gender Equality and Women’s Empowerment Strategy, which requires 80% of Australia’s aid, irrespective of focus, to perform effectively in promoting gender equality.

This year, Canada firmly re-committed to address violence against women and girls both nationally and globally. We released It’s Time: Canada’s Strategy to Prevent and Address Gender-Based Violence. Canada continues to lead the annual Resolution at the United Nations Human Rights Council on the Elimination of Violence against Women. And, we released a Feminist International Assistance Policy, a new Defence Policy and our Second National Action Plan on Women, Peace and Security. All of these prioritise addressing violence against women, gender rights and empowerment.

The UK is working around the world to step up efforts and put a stop to all forms of violence against women and girls. From helping victims get the counselling and care they need to transforming social norms and breaking down stigma. We have increased our resources to tackle violence against women and girls by more than 60% in recent years, and in February 2017 the Foreign Secretary appointed the first FCO Special Envoy for Gender Equality, Joanna Roper to promote the vision of ‘delivering a foreign policy that delivers consciously and consistently for women and girls’.

The United States promotes gender equality and the empowerment of women and girls as a cornerstone of its foreign policy. Through efforts to increase coordination of violence prevention and response efforts with all stakeholders, including partner governments, civil society, and the private sector, the U.S. supports programs like Safe from the Start at the onset of humanitarian crises, The Voices Against Violence: The Gender-Based Violence Global Initiative, providing urgent assistance to victims, and Together for Girls, focused on ending sexual violence against girls.