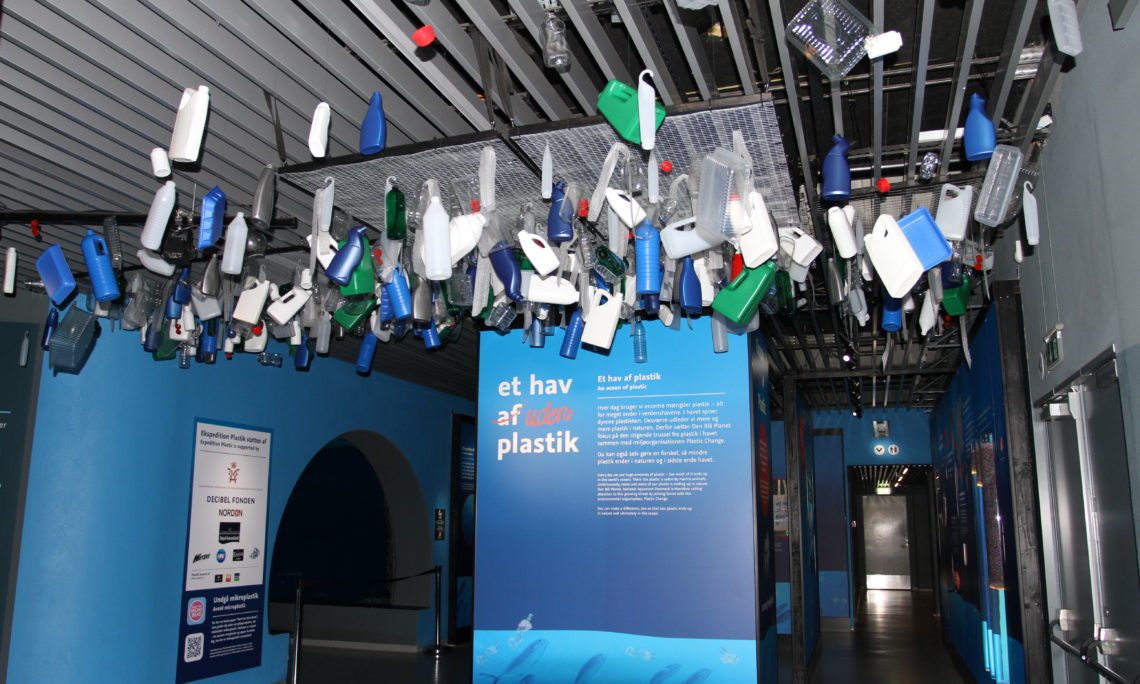 The World Economic Forum says that without significant action, there will be more plastic in the ocean than fish by the year 2050. Plastics pollution is a major problem for the oceans, their inhabitants and all the people who depend on oceans for their livelihood. We wanted people to know about this issue. We wanted to provide simple actions that anyone can take at home. While the solution to plastics pollution will require large scale efforts, the actions of all of us can make a difference. It can help reverse he current trend of 10 million tons of plastic ending up in the ocean each year. Small things like picking up plastic you see lying around or bringing your own bag when you go shopping can make a difference.

We teamed up with the Danish National Aquarium – Den Blå Planet – and Danish NGO Plastic Change. We created an exhibit that visualizes this problem with plastics pollution as well as some of the solutions to it. The exhibit opened at Den Blå Planet on October 28, 2016 with then U.S. Ambassador to Denmark Rufus Gifford delivering opening remarks. But we didn’t stop there. We joined forces with other U.S. Embassies in Europe to take this exhibition on a European tour. The exhibit is visiting Tallinn through mid-May and then moving on to Portugal, Malta, and Italy.

On March 7, 2017 the exhibition opened in Tallinn. U.S. Ambassador Melville, the Estonian Minister of Environment, European Union Representation, and Plastic Change opened this second of five stops for the exhibit.

This joint effort to raise awareness and educate how to mitigate plastics pollution of the ocean is on display throughout 2017. It leads up to the Our Ocean Conference in Malta, an initiative initiated by the U.S. a few years ago. The exhibit highlights the importance of mitigating plastic pollution and its impact on economy of all those who depend on the ocean. It is also a great example of the importance of transatlantic cooperation in countering global challenges and working towards meeting the UN sustainable development goals..

Learn more about the exhibit and the U.S.-EU collaboration.