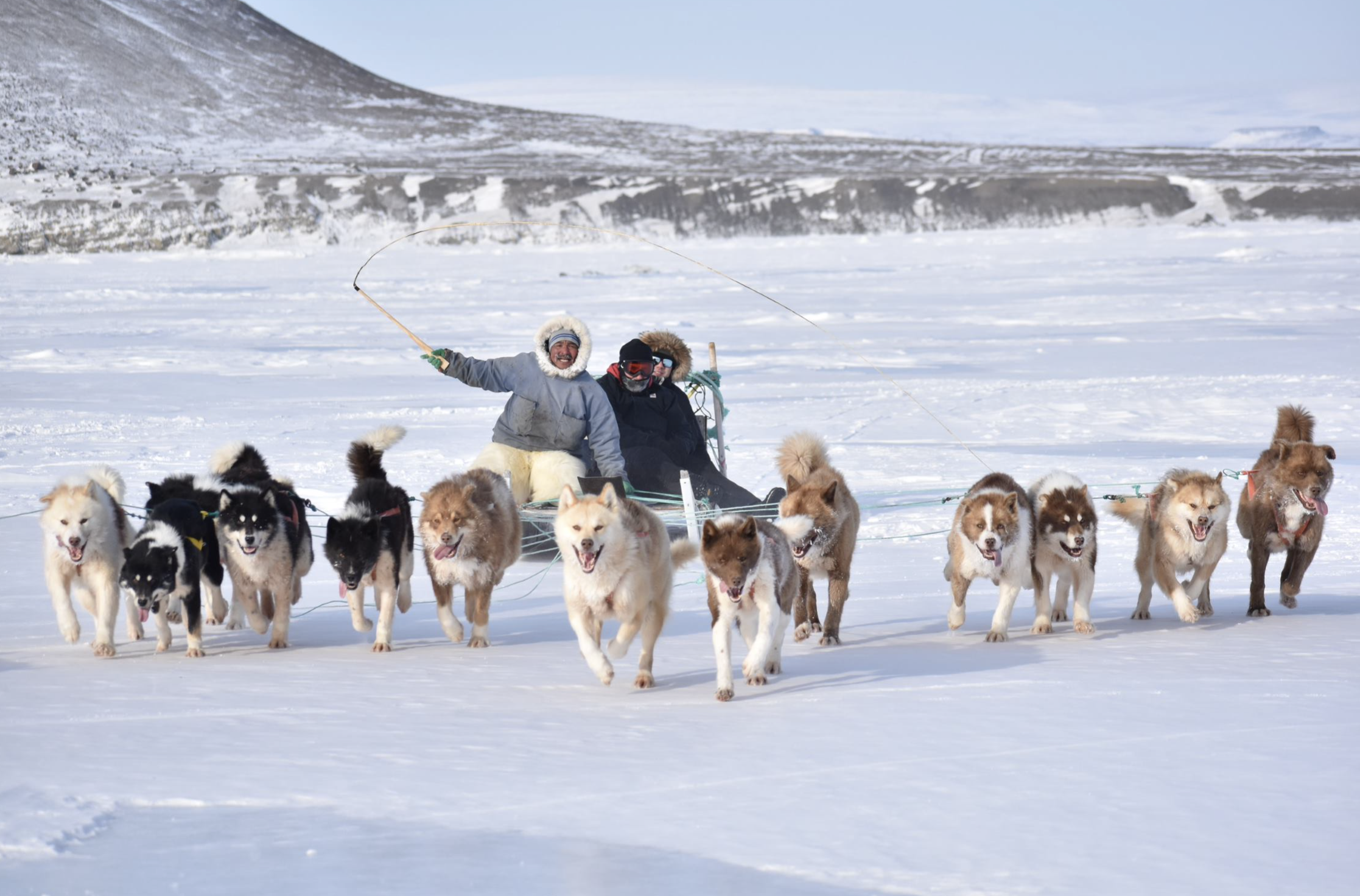 Far above the Arctic circle, the small community at Thule Air Base holds an annual festival to celebrate the end of their long, dark winter and the arrival of spring. For over 40 years, the men and women of the 821st Air Base Group have welcomed nearby Greenlanders to “Greenland Heritage Week,” a chance for everyone in Greenland’s far north to get together and share traditions, handicrafts, and meals over three days in April.

Although storms hit Pituffik on Saturday morning, everyone participated in the Greenlandic craft sale on Sunday which generated over 25,000 kroner in profits to the local villages. But the biggest thrill was seeing the annual dogsled race. Marcus Hansen (pictured) won, traveling 10 km in 25 minutes. He beat the 16 other hunters and their teams of dogs, including the youngest participant ever at age 11.

This year, 63 Greenlanders made their way to the base at Pituffik, including 17 hunters who traveled over the ice by dogsled to compete in the race.

At 78, the oldest guest was Qaerngaq Nielsen from Savissivik. He’s attended the event almost since the start and is still proud of his record 8 consecutive wins in the dogsled race. How did he do it? By shouting “Nanoq!” (Greenlandic for polar bear) to his dogs to make them run faster. A hunter since childhood, he shot his first seal at 6 and has trained dogs since he was 13 years old. He gave special thanks to the Base Commander, Colonel Hanson, for making the event possible this year, highlighting that the children would have great memories of the event for years to come.

Thanks to everyone for coming out to Thule Air Base this year. We can’t wait to see you again next year!