Home Home | News & Events | Gender Equality: It should be the norm – but it isn’t 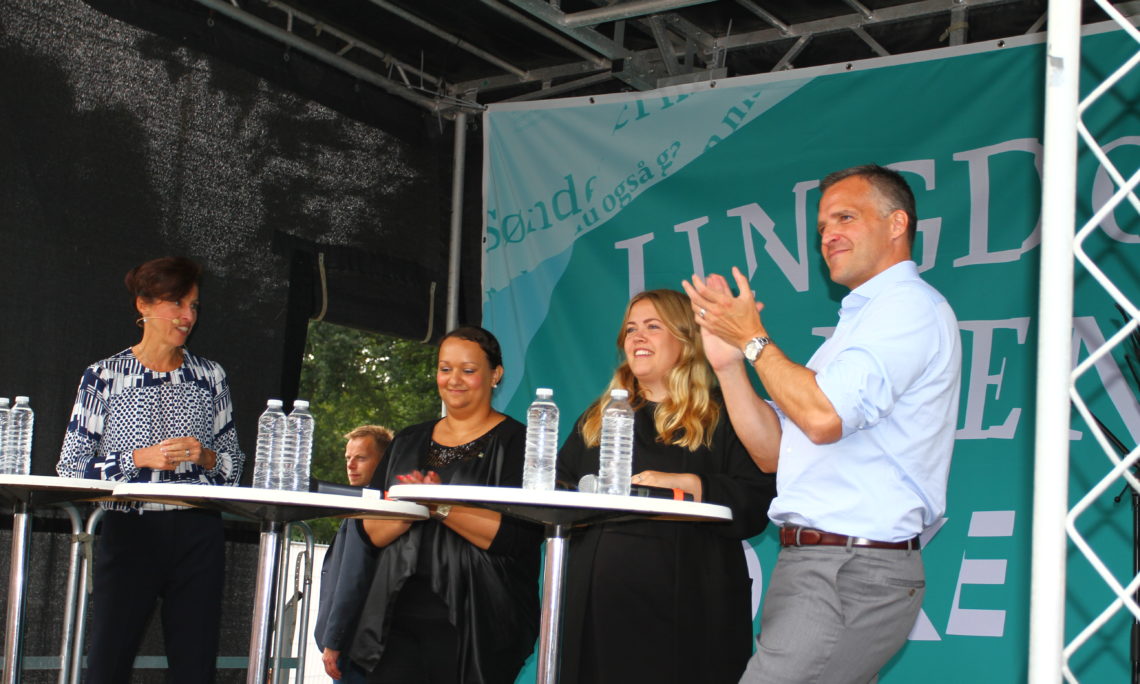 The embassy had the pleasure of participating in a panel discussion about gender equality. The U.S government is a strong supporter of empowering women’s rights in the political, economic and social realms of their countries. The panel was moderated by Deputy Chief of Mission Laura Lochman and the panelists included Ambassador Rufus Gifford, Natasha Joof (the National Deputy of Junior Chamber International) and Sandie Westh (Radio Host at P7MIX).

Gender Equality – are we there yet?

Laura Lochman opened the debate by stressing the importance and relevance of gender equality and emphasizing that it is a global as well as local problem. Lochman expressed that true gender equality per se is yet to be a reality – even in countries such as the U.S. or Denmark. This is evident in the Global Gender Gap report, which ranks the U.S and Denmark on number 28 and 14 respectively out of 145.

Gender equality varies greatly from nation to nation, but women and girls are in general excessively affected by poverty and discrimination. Laura Lochman has worked in the State Department for 27 years, and has experienced many different countries with varying degrees of gender equality. She points out that women often end up in insecure, low-wage jobs, and have limited access to the educational resources and financial tools that they need in order to succeed. Lochman finds it important that governments and societies provide women and girls the opportunity to lead healthy, safe, and productive lives. This would not only affect the lives of women in general, but moreover promote greater economic growth and stronger societies.

The audience brought up interesting questions for our panelists to consider in terms of improving gender equality in Denmark, the U.S. and throughout the whole world. The debate touched upon issues such as the use of quotas to increase women’s participation in government and business, trafficking, why non-ethnic Danish girls are more successful in the education system compared to non-ethnic young men, etc.

Learn more on what the Embassy did at the Youth Folkemøde

Learn more about the Youth Folkemøde