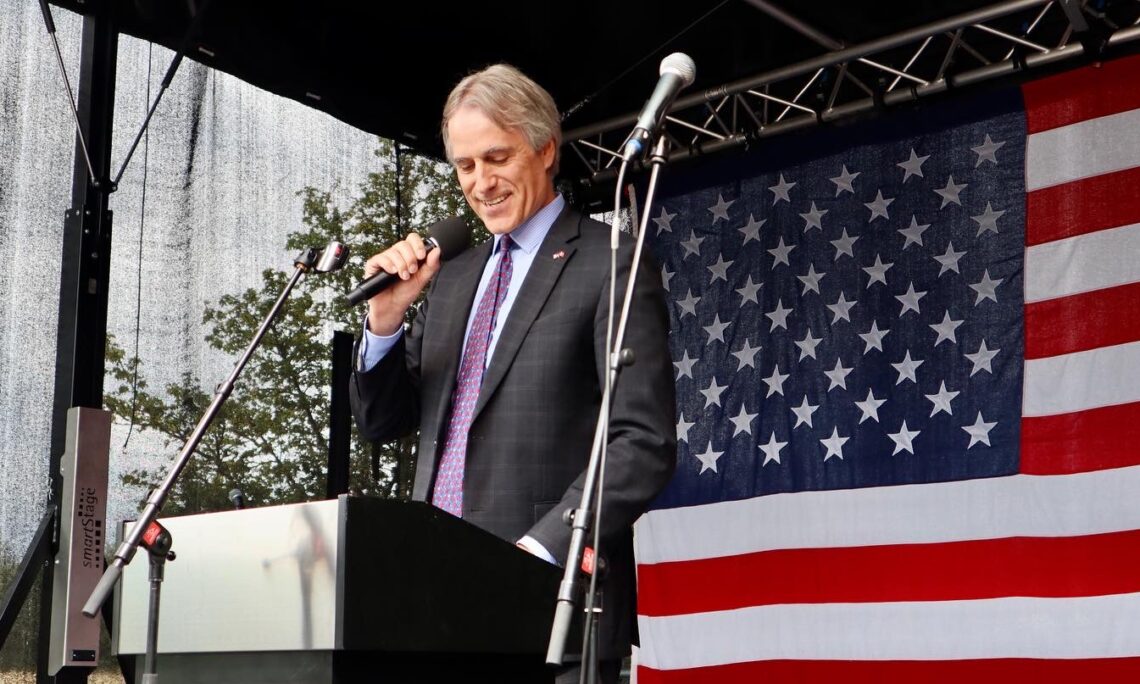 Chargé d’Affaires Stuart Dwyer read the traditional greeting from President Joe Biden to the Rebild National Park Society at this year’s Fourth of July celebrations. In his letter, President Biden stated that “the Rebild Festival symbolizes the enduring strength of the friendship between the United States and the Kingdom of Denmark.” This friendship was tested and strengthened during World War II, when Danes and Americans made numerous sacrifices for freedom.

On July 4 morning, Chargé Dwyer visited Aalborg Almen Kirkegaard to honor the residents of Aalborg who lost their lives in service of their country.

Finally, he capped off the day with a visit to Tivoli to catch their spectacular fireworks show to celebrate American independence. It was a wonderful trip that illustrates how strong the ties are between Danes and Americans.

Thank you to those in Rebild, Aalborg, and Tivoli who played a part in orchestrating this weekend’s events, and Happy Fourth of July!