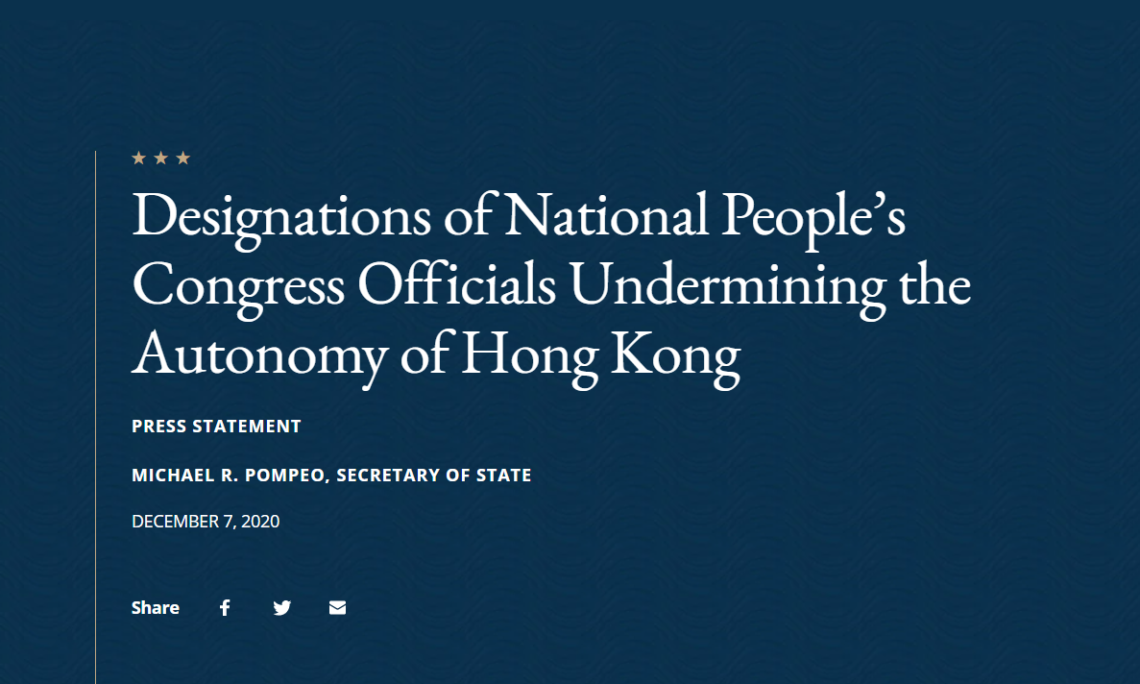 Beijing’s unrelenting assault against Hong Kong’s democratic processes has gutted its Legislative Council, rendering the body a rubber stamp devoid of meaningful opposition. One aspect of that assault has been the actions of the National People’s Congress Standing Committee (NPCSC), which have effectively neutered the ability of the people of Hong Kong to choose their elected representatives in keeping with the Joint Declaration and Basic Law. These actions demonstrate once again Beijing’s complete disregard for its international commitments under the Sino-British Joint Declaration, a U.N.-registered treaty.

Today, the Department of State is holding accountable those responsible for these brazen acts. We are designating 14 Vice-Chairpersons of the NPCSC in connection with developing, adopting, or implementing the Law of the People’s Republic of China on Safeguarding National Security in the Hong Kong Special Administrative Region. The NPCSC voted unanimously to adopt the National Security Law that Beijing has used repeatedly to stifle dissent and arrest those who protest Beijing’s oppressive policies.

Our actions today underscore that the United States will continue to work with our allies and partners to hold Beijing accountable for undermining Hong Kong’s promised autonomy. The United States again urges Beijing to abide by its international commitments and to heed the voices of many countries, which have condemned its actions.