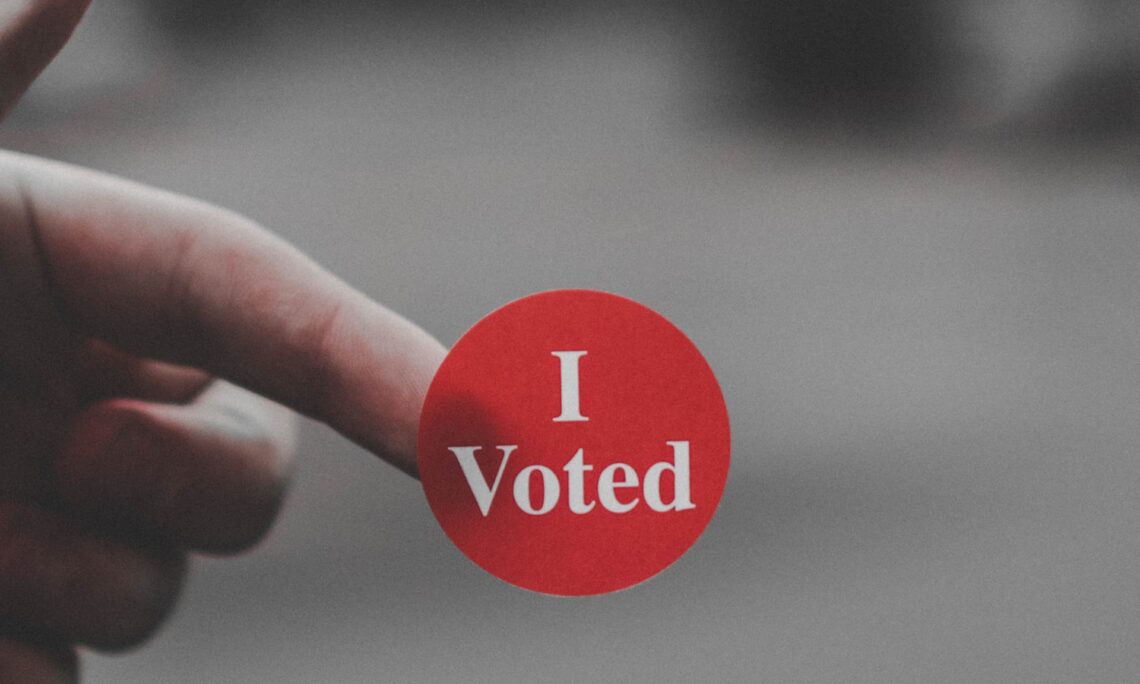 Photo by Parker Johnson on Unsplash

Every four years, presidential elections take place in the United States. Electing a President is a long process, which consists of two major election processes. First, the primary elections take place, in which presidential candidates for the two parties are elected. Second, when the candidates for each party have been officially selected, the process of the actual presidential election begins. Below, you will be able to learn more about these processes.

If the incumbent President decides to attempt reelection, his party’s primaries will often be more or less a formality with little competition from rival candidates.

The primaries take place from February through June, and during this time elections move from state to state. The first election at the beginning February is always in Iowa. After Iowa follows elections in the rest of the states until June. In the primaries, candidates receive a number of delegates, depending on how many votes they get. Within the Democratic Party a total of 3.979 delegates are distributed among their candidates, and among Republicans the number is 2.472. In each state the amount of delegates available depends on the number of inhabitants in the state. The delegates are actually real people. These people are obliged to vote for the candidate to which they are assigned when the parties hold their conventions at the end of the primaries.

Why is Iowa important?

It is important for Iowa to get to be the first state to hold an election. This is due to the fact that voters in Iowa may then very well set the agenda for the whole election. Iowa is thereby able to influence the candidates’ chances of getting elected, in spite of the fact that the state does not have very many inhabitants. Thus, this state plays an important role in the primaries.

One very important day in the beginning of March is called Super Tuesday, and on this day 14 states hold elections, distributing 1/3 of all delegates. This day is highly significant to the two parties’ races towards presidential candidacy.

The rules determining how to distribute delegates between the candidates vary according to state and party. A rather simplified explanation is to say that in most states candidates receive an amount of delegates that matches the percentage of votes they get. But a candidate can only receive delegates if he or she gets a minimum of 15% of votes. However, some states apply a “winner takes all” system, where the candidate receiving the plurality of votes gets all of the state’s delegates.

The rules determining who may vote and how the process is conducted also varies according to state. In most states you may only vote within one of the parties. And in some places you even have to be a member of the party beforehand if you wish to vote at the primaries. In other places merely stating in which party’s election you wish to vote is sufficient. Here, there are thus two separate lines at the polling stations – one for Republican voters and one for Democrats.

During the elections it becomes more and more clear which candidates have small chances of being elected. For this reason, many candidates withdraw their candidacies even before all states have voted.

The last primary election is held in the beginning of June. After this, all that is left is the parties’ conventions in July or August, in which presidential candidates for each party are officially appointed. The party of the incumbent President get to hold their convention second. At the conventions, delegates vote for the candidate to which they have been assigned at the primaries. Furthermore, participants at these conventions vote on central areas of each party’s policies.

As we have now seen, each party has a number of delegates who are distributed at the primaries and are subsequently bound to vote for a specific candidate. In addition to these, each party has a number of delegates who do not have the same obligation to vote for a certain candidate. Democrats call these superdelegates. In 2020 the Democratic Party has 775 superdelegates, and these consist of party leaders, such as governors, members of Congress, current and former leaders such as Presidents and Vice Presidents, as well as other appointed members of the party. These superdelegates are selected in advance and they are free and able to vote for any candidate of their choice.

What happens if nobody gets the majority of votes?

If no candidate receives the majority of votes, voting continues in a second round. For Democrats, this means that the superdelegates will then be able to participate in the vote. For Democrats as well as Republicans, delegates are increasingly released from their obligations to vote for a specific candidate (to some delegates this happens in round 2, for some in round 3, etc. depending on which state they are from). This way, the delegates are able to attempt to convince each other of changing sides and voting for a specific candidate. However, delegates have all been selected based on who they support, in order to ensure that delegates who are obliged to vote for a specific candidate in the first round is a general supporter of him or her. In principle this does mean, however, that it is not the people, but the convention, who ultimately elects the presidential candidates.

The process of repeating voting rounds goes on until one candidate receives the majority of votes and thereby is officially appointed as the presidential candidate for a party. However, not since 1976 have there been any doubts about whether one candidate would receive a majority of delegates, and not since 1952 has there been more than one voting round at a convention. This shows that normally, after the primaries, it is clear who will become the parties’ presidential candidates. The convention can then instead be used as a means to launch the candidates’ presidential campaigns and unite the party in support of the candidate.

There are three requirements to be a presidential candidate: One has to (1) be 35 years of age or older, (2) be a natural born citizen of the U.S., and (3) have lived in the States for more than 14 years. Additional to these requirements, a President may only serve two terms. If a President has already been elected twice it is not possible to run for office a third time.

Differences between Denmark and the U.S.

The electoral system works quite differently compared to the Danish system. In Denmark the Prime Minister can call an election at any given time – though it has to be within 4 years since the last election. Folketinget can also force the Prime Minister to resign if the government has a majority of parliament members against it. In the U.S. the presidential election is fixed to be held every 4th year, and Congress (the Senate and House of Representatives) cannot force the President to resign just because a majority of Congress members are against the President. The President would need to be impeached to be forced out of office.

In Denmark a party is assigned 25% of the mandates in Folketinget if the party receives 25% of the votes at the general election. This kind of electoral system is called proportional representation because the parties receive the same ratio of mandates as they received of the votes.

The example above is overly simplified. But it has actually happened five times in history that a candidate has become President even though another candidate won the popular vote. The last time it happened was at the 2016 election between Donald Trump and Hillary Clinton. Clinton won the popular vote with 48% of all the votes while Trump received 45,9% of the votes. Thus, Clinton won the popular vote with just shy of 3 million votes more than Trump. In spite of this, Trump was assigned 306 of the 538 electoral votes while Clinton was assigned only 232 electoral votes which meant Trump was elected President.

What happens after Election Day?

The Election Day in the beginning of November isn’t the end of the road though. The 538 electoral votes each presidential candidate has received are actually 538 real people – the so-called electoral college. Mid December the electoral college will vote for the candidates who become President and Vice President. Here, they are supposed to vote for the candidate who won the election in their state even if they might prefer another candidate themselves. There has been several examples of “faithless electors” who choose to vote for another candidate than they are supposed to.

Two weeks later, on January 20th, the president-elect will officially be sworn in as President of the United States of America at an inauguration ceremony in Washington D.C.