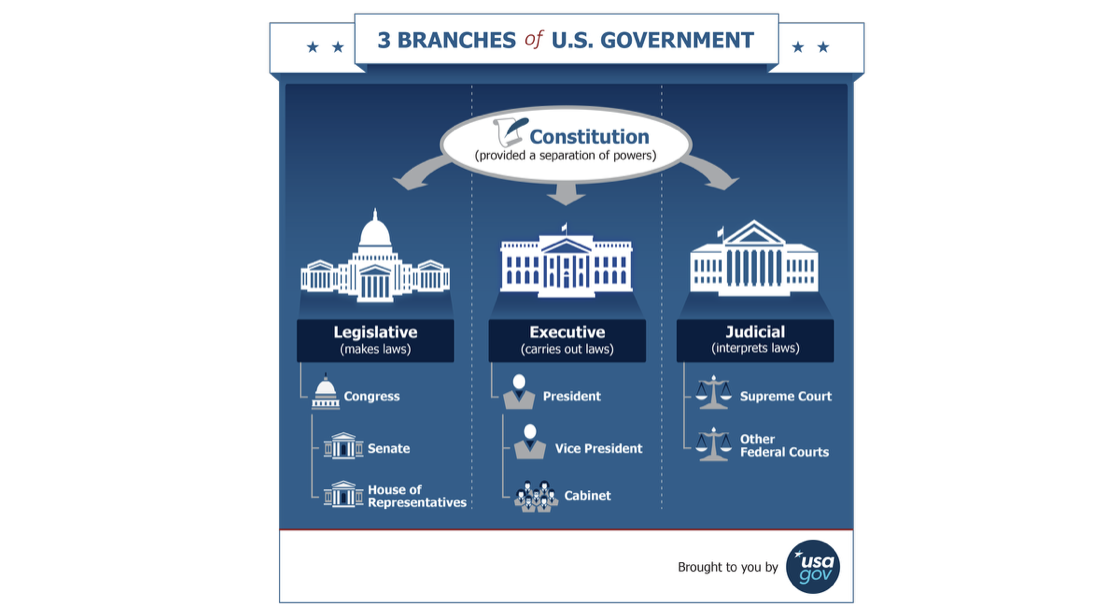 Introduction: The structure of the U.S. political system

In this section, you will be able to learn how the political system functions in the United States. Democracy can be carried out in many ways, and democratic practices vary from country to country. In Denmark the people vote for the candidates they wish to gain a seat in the Danish Parliament, Folketinget. After that, the elected members of parliament (MPs) choose who is going to be the Danish Prime Minister. In the United States the election is more directly focused on who is going to be the country’s President. In the U.S., people vote personally for the specific candidate who they believe should be President. Before the presidential election however, the parties go through the long process of the so-called primary elections. Here, they select the one candidate who is going to represent each party in the presidential election.

You can learn more about the election processes, the structure of the U.S. Congress, and how bills are passed, among other themes, by clicking on the different headlines in the index above. On this page, you can read about the structure of the political system in the United States. Thus, you can learn about the nation’s tripartition of power – divided between the President, the Congress, and the Supreme Court.

The tripartition of power: Who are the relevant actors?

After the United States declared its independence from Great Britain, the country set out to organize their own political system. In doing this, they were inspired by the French philosopher, Montesquieu. In 1748 Montesquieu had presented his ideas on how best to organize a political system. These ideas featured a division of power, which was to ensure that one single person or group would not be able to function as the autocratic leader of a nation. Montesquieu’s idea was that power must be divided into a legislative, an executive, and a judicial branch. All democratic societies have since then been inspired by these principles.

In the United States, the Congress is the national parliament – that is, the American version of Folketinget in Denmark. The Congress functions as the legislative branch of the U.S. government. The President functions as the executive branch, and the courts (The Supreme Court), in turn, function as the judicial branch. The image at the top of this page provides a visual presentation of this tripartition.

The role of the Congress is to pass laws, and the President’s role is to implement such laws after they have been passed. Finally, the role of the courts is to interpret laws and make judgments in court based on these interpretations.

A principle of checks and balances

It is not enough, however, to divide these different, central duties of government between the three branches. The U.S. political system also follows a principle of “checks and balances”, which enables all three branches to mutually control each other. This prevents any of these three branches from getting too powerful.

In order to control the legislative power (Congress), the President, who is the executive power, is able to veto legislation passed in Congress. The judicial power, the courts, are also able to restrict Congress’ exercise of power. The courts can do this by declaring laws, which have otherwise been passed by Congress, unconstitutional.

In addition to this, the President’s power is restricted because Congress has the power to trump a veto cast by the president regarding the passing of a law. Congress can do this by passing such a law with a two thirds majority. Further, the courts are able to declare the President’s actions unconstitutional should the President act beyond the scope of his authority.

Contrary to Denmark, the process of selecting Supreme Court Justices in the U.S is politically influenced. Nine justices make up the United States Supreme Court, and they usually serve for the remainder of their lives. When a new Supreme Court judge is to be selected, the president in power at the given time picks out a candidate for the position. Then, the candidate must be approved by the Senate. This means that Democratic and Republican presidents have the ability to appoint judges who have a set of values that matches their own. Therefore, the issue of who gets the opportunity to take office at the U.S. Supreme Court is greatly influenced by the incumbent President.

Differences between Denmark and the U.S.

Montesquieu’s ideas about a tripartition of power have also inspired the Danish political structure. Folketinget, the Danish parliament, is the legislative branch, the government is the executive branch, and the courts make up the judiciary branch. One significant difference between the two political systems in Denmark and the U.S. is that the Danish government is not directly elected by the people, but by Folketinget. Generally, most members of the Danish government are also members of Folketinget. Therefore, they are able to vote for their own policies and participate in no-confidence votes directed at the government. Because of these key overlaps between the legislative and the executive branches, the division of power in Denmark is not in actual fact a tripartition, but rather what is called parliamentarism.

In the United States the tripartition is more evident. The President and his government are not themselves members of Congress, and the people – not the members of Congress – elect the president more directly. Furthermore, the U.S. Congress is not able to force the President to leave office should there be a majority of votes against him.