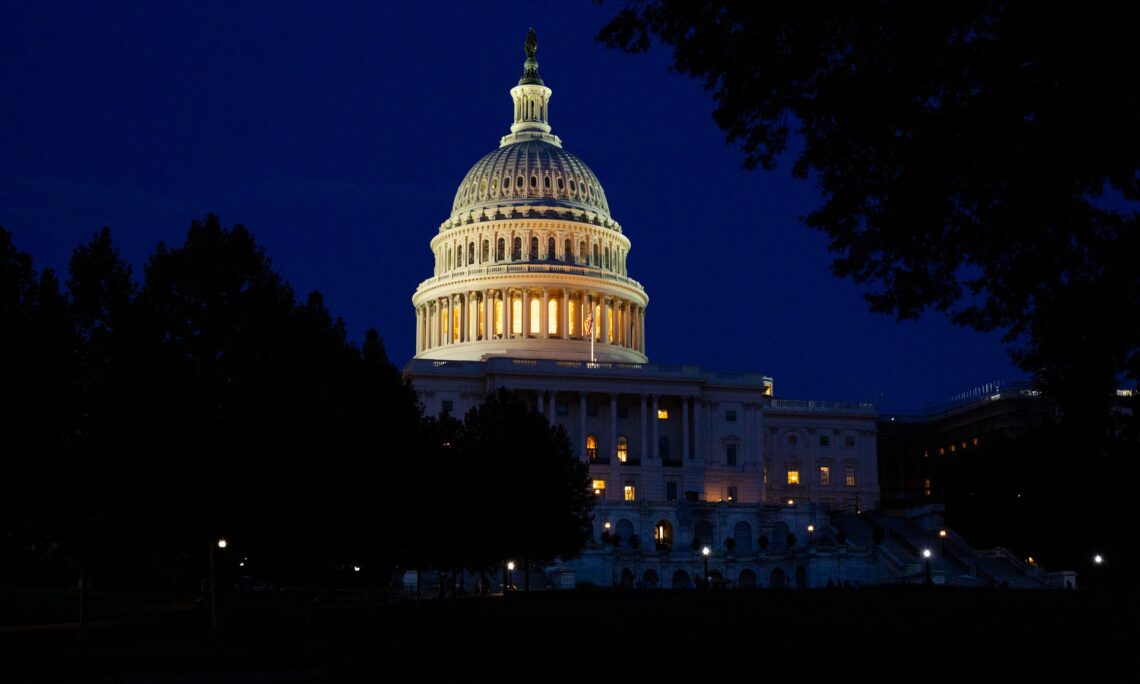 The U.S. Congress in Washington D.C. Photo by Darren Halstead on Unsplash

What does the legislative process look like? – The role of Congress and the President

If you have already read the previous sections about division of power, the presidential election, and Congress we are now ready to connect all this knowledge. We will do this by taking a look at the legislative process in the U.S. We will also examine the procedural roles of the different branches of power in the political system.

Bills are passed jointly between the two chambers in Congress. These chambers are called the Senate and the House of Representatives, and they constitute the legislative power in the U.S. The president can choose to veto the bill. Therefore, all three authorities, the president, the Senate, and the House, are integral parts in the legislative process. In some areas of politics the president even has a mandate to pass policies without having to get it approved by Congress.

Presidential, Senate, and House elections are separate procedures. Therefore, the same party does not always have the presidency as well as the majority of seats in both chambers at the same time. For example, when Donald Trump was President of the United States, in the last half of his term the Democrats had the majority of seats in the House. The Republicans, in turn, held a majority in the Senate as well as the presidency. If one party controls all three parts it is much easier to implement its policies. Because in such cases it is not necessary to strike compromises with the other party. If the Republicans have the majority of seats in one chamber and the Democrats in the other, it is necessary to compromise in order to pass laws. To understand why, let us now move on to examine how a bill becomes law.

From bill to legislation

Anyone can write a bill. However, only members of House of Representatives can officially present the bill as something to be voted for. When one or more politicians from the House does this, it is called “sponsoring” a bill. Thus, if a president wants to pass a bill, they must get someone elected to the House to sponsor it.

The role of the Senate and the House

When the bill has been introduced to the House it is assigned to a committee for examination. The committee may then adjust the bill before they take it to the floor for a vote. If a majority vote in favor of the bill, it moves to the Senate. In the Senate, the bill is processed as well. If members of the Senate wish to adjust the bill they do so. After that, they move on to a vote. If the bill receives the majority of votes in the Senate as well, a joint committee between the House and Senate is formed. This committee will try to find a compromise between the two versions of the bill that the two chambers have voted through. Subsequently, the new bill is sent back to both the House and Senate. Here, they can be passed by a simple majority in both chambers.

For a bill to be passed it must be voted through with the exact same language in both the House and the Senate. A bill may therefore be sent back and forth between the two chambers several times. However, the bill could also be passed by the Senate in the first round without any changes being made. In that case it would not be necessary to establish a joint committee, since the bill would immediately have been passed with the exact same language in both chambers.

However, it is possible for Congress to trump the president’s veto. This can be done if more than 2/3 of the members of the House as well as the Senate vote in favor of the bill. In that case the process would not have to start over and the bill would just be passed, despite the president’s veto. The Supreme Court has the possibility of preventing the bill turning into law if it considers the bill to be unconstitutional. That rarely happens though.

When a bill has been passed it is the president’s job to implement it in national legislation.