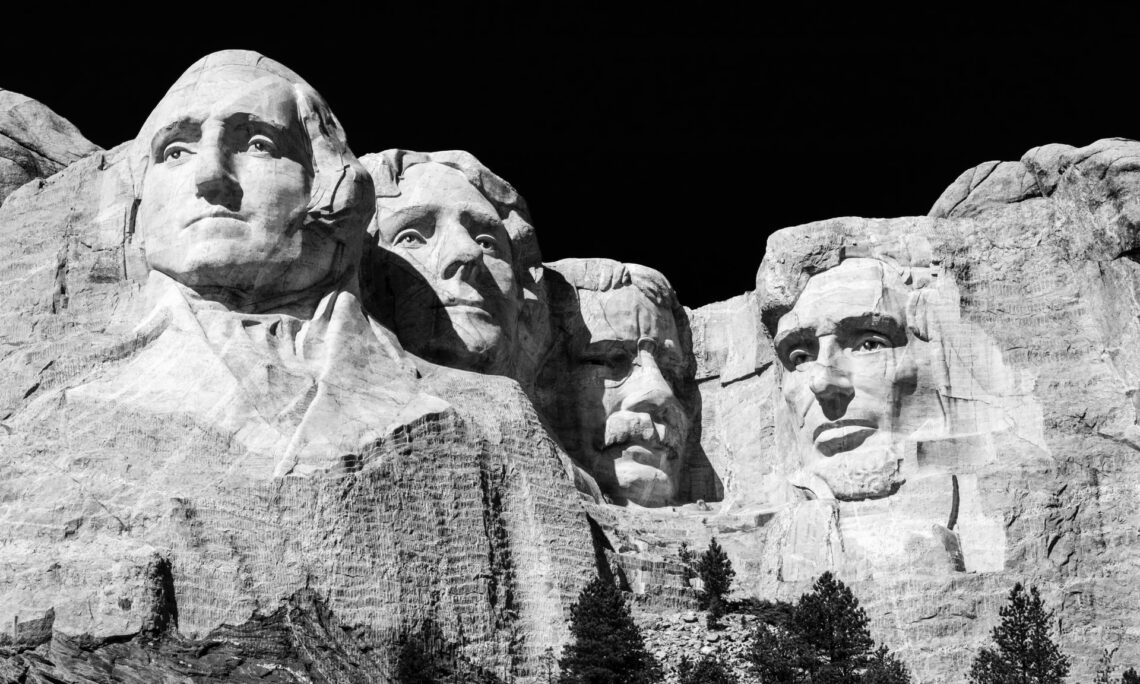 Founded in 1828, the Democratic Party is the oldest of the two largest U.S. political parties. The Republican Party was officially founded in 1854, but the histories of both parties are intrinsically connected. Actually, we can trace the two parties’ historical backgrounds all the way back to the Founding Fathers. Now, let us look at the history of the two major political parties in the U.S.

Differing political views among U.S. Founding Fathers eventually sparked the forming of two factions. George Washington, Alexander Hamilton and John Adams thus formed The Federalists. They sought to ensure a strong government and central banking system with a national bank. Thomas Jefferson and James Madison instead advocated for a smaller and more decentralized government, and formed the Democratic-Republicans. Both the Democratic and the Republican Parties as we know them today are rooted in this early faction.

At the beginning of the 19th century the Democratic-Republicans were largely victorious and dominant. The Federalists, in turn, slowly faded, eventually dissolving. Because the Democratic-Republicans were so popular, the party had no less than four political candidates pitted against each other in the presidential election of 1824. John Quincy Adams won the presidency, in spite of Andrew Jackson winning the popular vote. This sparked a strong political division within the party, which eventually caused the party to split in two: The Democrats and the Whig Party. The Democrats were led by Andrew Jackson. He was against the existence of The Bank of the United States and he largely supported state’s rights and minimal government regulation. The Whig Party stood in distinct opposition to Jackson and the Democrats, and supported the national bank.

The donkey in the Democratic Party’s logo is said to derive from Andrew Jackson’s opponents calling him a “jackass”. “Jackass” is both another word for a male donkey and nickname that describes an unintelligent or foolish person. Instead of disputing this nickname, Jackson embraced it. It has since become an overall symbol of the Democratic Party in general.

In the mid-nineteenth century, slavery was a widely discussed political issue. The Democratic Party’s internal views on this matter differed greatly. Southern Democrats wished for slavery to be expanded and reach into Western parts of the country. Northern Democrats, on the other hand, argued that this issue should be settled on a local level and through popular referendum. Such Democratic infighting eventually led to Abraham Lincoln, who belonged to the Republican Party, winning the presidential election of 1860. This new Republican Party had recently been formed by a group of Whigs, Democrats and other politicians who had broken free from their respective parties in order to form a party based on an anti-slavery platform.

At that time in the U.S., tensions were high between Northern and Southern states, causing the Civil War to break out in 1861, in the immediate aftermath of Lincoln’s inauguration. In the Civil War, seven Southern States formed the Confederate States of America and fought for detachment from the United States. However, the Union won the war, and the Confederacy was formally dissolved. The issue of slavery was at the center of political disagreement during the Civil War. This caused Republicans to fight for the abolition of slavery and Lincoln signing the Emancipation Proclamation in 1863.

At this point in history, the U.S. South was predominantly Democratic and held conservative, agrarian-oriented, anti-big-business values. These values were characteristic of the Democratic Party at the time. The majority of Northern voters, on the other hand, were Republican. Many of these fought for civil and voting rights for African American people.

After the war, the Republican Party became more and more oriented towards economic growth, industry, and big business in Northern states, and in the beginning of the 20th century it had reached a general status as a party for the more wealthy classes in society. Many Republicans therefore gained financial success in the prosperous 1920s until the stock market crashed in 1929 initiating the era of the Great Depression.

Now, many Americans blamed Republican President Herbert Hoover for the financial damages brought by the crisis. In 1932 the country therefore instead elected Democrat Franklin D. Roosevelt to be president.

To get the country back on track, Roosevelt introduced his New Deal. The New Deal launched a number of progressive government-funded social programs, ensuring social security, improved infrastructure, and minimum wage. This meant that a large number of Southern Democrats whose political views were more traditional and conservative, didn’t support Roosevelt’s liberal initiatives and joined the Republican Party instead. Roosevelt’s progressive, liberal policies play an important role in shifting the party’s political agenda to look like the modern Democratic Party as we know it today. And, after Roosevelt died in 1945, the Democrats stayed in power with Harry S. Truman in The White House. He continued to take the Democratic Party in a progressive direction with a pro-civil rights platform and desegregation of military forces, thereby gaining support from a large number of African American voters, who had previously supported the Republican Party because of its anti-slavery platform.

Following Reagan’s two terms in office, his Vice President, George H. W. Bush was elected as his successor in the White House. Since then, Republicans and Democrats have taken turns in The White House. In 2008, Democrat Barack Obama was elected as the first African American president. One of Obama’s most notable political achievements was reforming American health care with the Affordable Care Act, commonly known as Obamacare, which ensured that the large majority of Americans became covered by insurance.

After two terms in office, Obama’s successor, Republican and well-known business man Donald Trump was elected. He moved into the White House in 2017. Two of the main accomplishments on Trump’s agenda was providing tax reliefs and to establishing strong borders in order to reduce the number of undocumented immigrants entering the United States.

In 2020, Democrat and previous vice president for Barack Obama Joe Biden was elected as Donald Trump’s successor. President Biden now serves as the 46. president of the United States.

Now that we have gained a broad historical overview, let us take a deeper look into contemporary Republican and Democratic Party policies and political values.