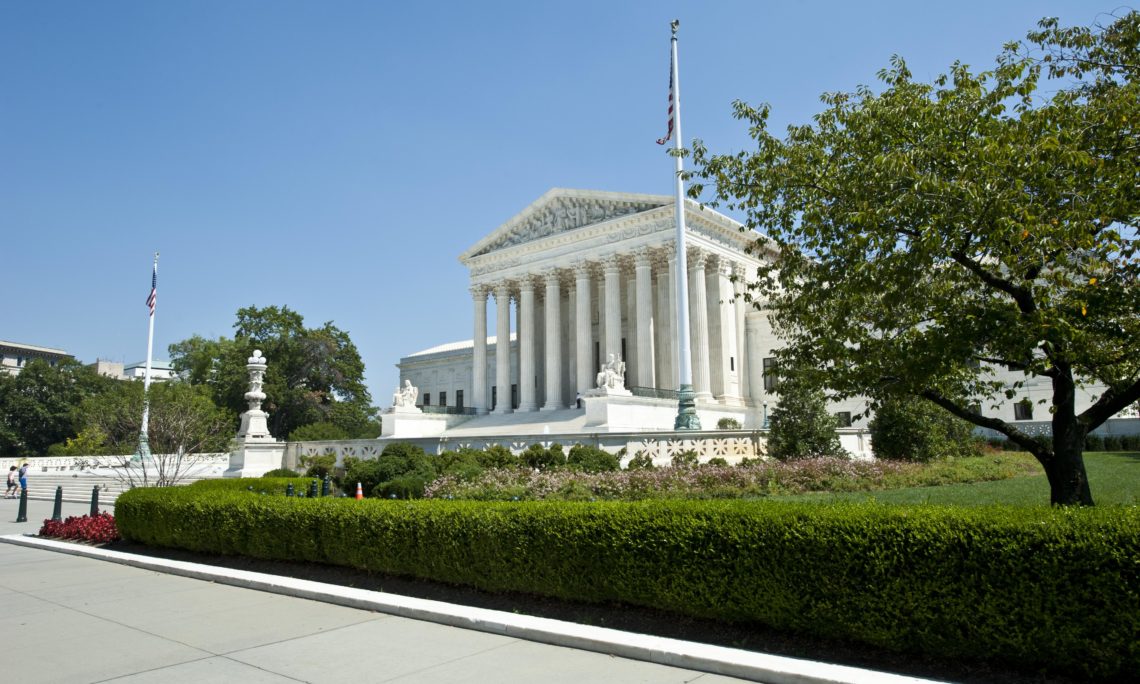 We the People of the United States, in Order to form a more perfect Union, establish Justice, insure domestic Tranquility, provide for the common defence, promote the general Welfare, and secure the Blessings of Liberty to ourselves and our Posterity, do ordain and establish this Constitution for the United States of America.

The need for the Constitution grew out of problems with the Articles of Confederation, which established a “firm league of friendship” between the states, and vested most power in a Congress of the Confederation. This power was, however, extremely limited. The central government conducted diplomacy and made war, set weights and measures, and was the final arbiter of disputes between the states. Crucially, it could not raise any funds itself, and was entirely dependent on the states themselves for the money necessary to operate. Each state sent a delegation of between two and seven members to the Congress, and they voted as a bloc with each state getting one vote. But any decision of consequence required a unanimous vote, which led to a government that was paralyzed and ineffectual.

A movement to reform the Articles began, and invitations to attend a convention in Philadelphia to discuss changes to the Articles were sent to the state legislatures in 1787. In May of that year, delegates from 12 of the 13 states (Rhode Island sent no representatives) convened in Philadelphia to begin the work of redesigning government. The delegates to the Constitutional Convention quickly began work on drafting a new Constitution for the United States.

A chief aim of the Constitution as drafted by the Convention was to create a government with enough power to act on a national level, but without so much power that fundamental rights would be at risk. One way that this was accomplished was to separate the power of government into three branches, and then to include checks and balances on those powers to assure that no one branch of government gained supremacy. This concern arose largely out of the experience that the delegates had with the King of England and his powerful Parliament. The powers of each branch are mentioned in the Constitution, with powers not assigned to them reserved to the states.
Much of the debate, which was conducted in secret to ensure that delegates spoke their minds, focused on the form that the new legislature would take.

Two plans competed to become the new government: the Virginia Plan, which apportioned representation based on the population of each state, and the New Jersey plan, which gave each state an equal vote in Congress. The Virginia Plan was supported by the larger states, and the New Jersey plan preferred by the smaller. In the end,  they settled on the Great Compromise (sometimes called the Connecticut Compromise), in which the House of Representatives would represent the people as apportioned by population; the Senate would represent the states apportioned equally; and the President would be elected by the Electoral College. The plan also called for an independent judiciary.  The founders also made an effort to establish the relationship between states. States are required to give “full faith and credit” to the laws, records, contracts, and judicial proceedings of the other states, although Congress may regulate the manner in which the states share records, and define the scope of this clause. States are barred from discriminating against citizens of other states in any way, and cannot enact tariffs against one another. States must also extradite those accused of crimes to other states for trial.

The founders also specified a process by which the Constitution may be amended, and since its ratification, the Constitution has been amended 27 times. In order to prevent arbitrary changes, the process for making amendments is quite difficult. An amendment may be proposed by a two-thirds vote of both Houses of Congress, or, if two-thirds of the states request one, by a convention called for that purpose. The amendment must then be ratified by three-fourths of the state legislatures, or three-fourths of conventions called in each state for ratification. In modern times, amendments have traditionally specified a  timeframe in which this must be accomplished, usually a period of several years. Additionally, the Constitution specifies that no  amendment can deny a state equal representation in the Senate without that state’s consent.

With the details and language of the Constitution decided, the  Convention got down to the work of actually setting the Constitution to paper. It is written in the hand of a delegate from Pennsylvania, Gouverneur Morris, whose job allowed him some reign over the actual punctuation of a few clauses in the Constitution. He is also credited with the famous preamble, quoted at the top of this page. On September 17, 1787, 39 of the 55 delegates signed the new document, with many of those who refused to sign objecting to the lack of a bill of rights. At  least one delegate refused to sign because the Constitution codified and protected slavery and the slave trade.

The process set out in the Constitution for its ratification provided for much popular debate in the states. The Constitution would take effect once it had been ratified by nine of the thirteen state legislatures. During the debate over the Constitution, two factions emerged: the Federalists, who supported adoption, and the Anti-Federalists, who opposed it.  James Madison, Alexander Hamilton, and John Jay set out an eloquent defense of the new Constitution in what came to be called the Federalist Papers. Published anonymously in the newspapers The Independent Journal and The New York Packet under the name Publius between October 1787 and August 1788, the 85 articles that comprise the Federalist Papers remain to this day an invaluable resource for understanding some of the framers’ intentions for the Constitution. The most famous of the articles are No. 10, which warns of the dangers of factions and advocates a large republic, and No. 51, which explains the structure of the Constitution, its checks and balances, and how it protects the rights of the people.

The states proceeded to begin ratification, with some debating more intensely than others. Delaware was the first state to ratify, on December 7, 1787. After New Hampshire became the ninth state to ratify, on June 22, 1788, the Confederation Congress established March 9, 1789, as the date to begin operating under the Constitution. By this time, all the states except North Carolina and Rhode Island had ratified – the Ocean State was the last to ratify on May 29, 1790.

The Bill of Rights

One of the principal points of contention between the Federalists and Anti-Federalists was the lack of an enumeration of basic civil rights in the Constitution. Many Federalists argued, as in Federalist No. 84, that the people surrendered no rights in adopting the Constitution. In several states, however, the ratification debate hinged on the adoption of a bill of rights. The solution was known as the Massachusetts Compromise, in which four states ratified the Constitution but at the same time sent recommendations for amendments to the Congress.

James Madison introduced 12 amendments to the First Congress in 1789. Ten of these would go on to become what we now consider to be the Bill of Rights. One was never passed while another, dealing with Congressional salaries was not ratified until 1992, when it became the 27th Amendment. Based on the Virginia Declaration of Rights, the English Bill of Rights, the writings of the Enlightenment, and the rights defined in the Magna Carta, the Bill of Rights contains rights that many today consider to be fundamental to America.

The First Amendment provides that Congress make no law respecting an establishment of religion or prohibiting its free exercise. It protects freedom of speech, the press, assembly, and the right to petition the Government for a redress of grievances.

The Second Amendment gives citizens the right to bear arms.

The Third Amendment prohibits the government from quartering troops in private homes, a major grievance during the American Revolution.

The Fourth Amendment protects citizens from unreasonable search and seizure. The government may not conduct any searches without a warrant, and such warrants must be issued by a judge and based on probable cause.

The Fifth Amendment provides that citizens not be subject to criminal prosecution and punishment without due process. Citizens may not be tried on the same set of facts twice, and are protected from self-incrimination (the right to remain silent). The amendment also establishes the power of eminent domain, ensuring that private property is not seized for public use without just compensation.

The Sixth Amendment assures the right to a speedy trial by a jury of one’s peers, to be informed of the crimes with which they are charged, and to confront the witnesses brought by the government. The amendment also provides the accused the right to compel testimony from witnesses, and to legal representation.

The Seventh Amendment provides that civil cases also be tried by jury.

The Ninth Amendment states that the list of rights mentioned in the Constitution is not exhaustive, and that the people retain all rights not mentioned.

The Tenth Amendment assigns all powers not delegated to the United States, or prohibited to the states, to either the states or to the people.