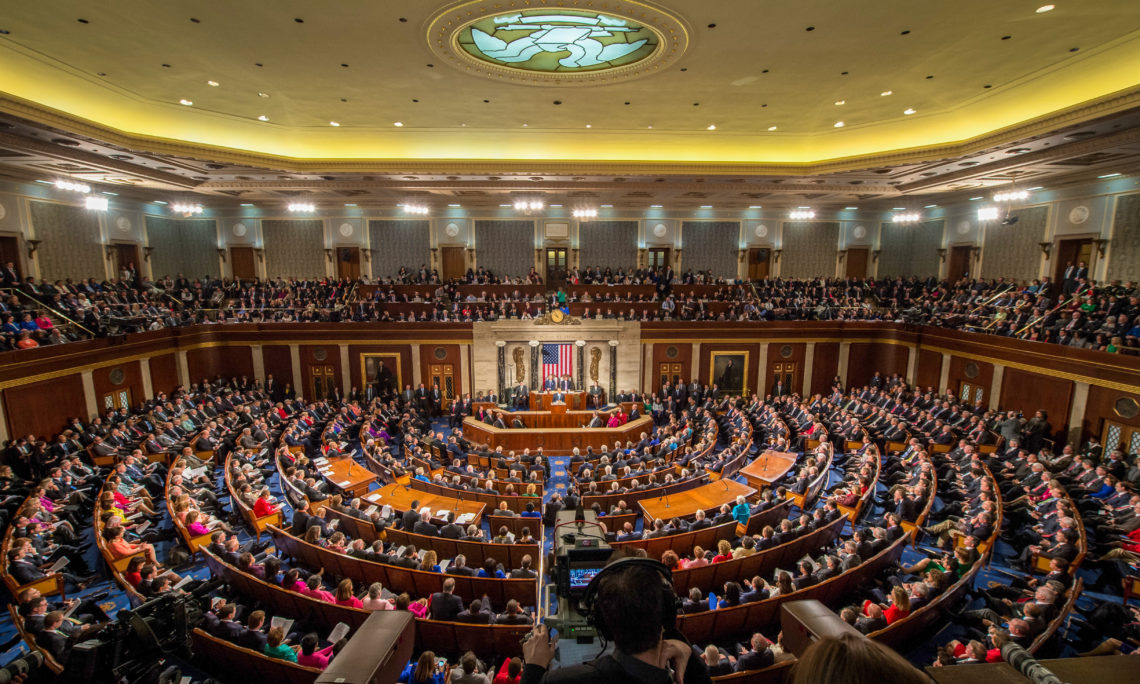 House of Representatives chamber of the U.S. Capitol. Photo: U.S. Department of State.

· The United States Congress consists of two houses. What are they called?

· What does Congress the sole authority to do?

· How many members are in the House of Representatives?

· What are the basic requirements to become a Member of the House?

· How many Senators are in the Senate?

· Who can write bills to Congress?

· Who can introduce legislation?

· What do you think it means to “filibuster” a bill?

· How do you break a filibuster?

· Who have to sign a bill before it is sent to the President?

· What can the President do when he receives a bill from Congress?

· What does it mean that the Congress has oversight over the Executive Branch?

· What does the Government Accountability Office do?