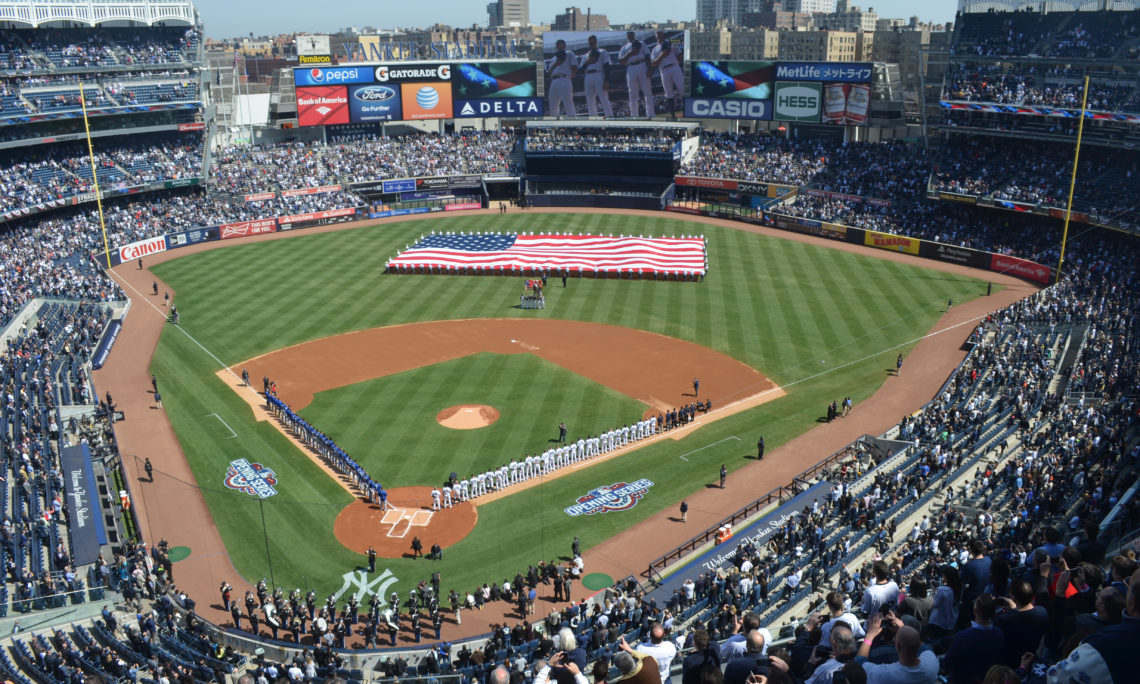 The feature article (pdf 1.9 MB) in this issue is on snowboarding. A lesson plan, “Create Your Own Sporting Event,” (pdf 151 KB) continues the sporting theme.

The feature article (pdf 3.9 MB) in this issue is about lacrosse. Lacrosse is not very well known in Denmark, but it is very popular in the US. A lesson plan called “Be a Good Sport” (pdf 1.4 MB) provides activities centering on lacrosse and on sportsmanship.

Baseball is the focus of this issue. “Baseball: A National Tradition” (pdf 3.9) offers an in-depth look at this popular American sport, while the Lesson Plan (pdf 207 KB) provides activities to interest students in baseball.

The feature article (pdf 5.7 MB) in this issue is about American football, a sport that has become very popular in Denmark as well. A lesson plan called “Athletes, Actions and Adjectives” (pdf 213 KB) provides grammar activities related to the field of football.

American football traces its origins back to an early version of European rugby. Walter Camp, a player and coach at Yale University, is known as the “Father of American Football” because he formalized many of the modern rules of the game that are still used today. The game was so physical and violent that when students at Harvard would play the game on the first Monday of every school year, it was often known as “Bloody Monday.”

The year 1865 was very important in American national history as well as in American football history. The Civil War had ended and as a result of men coming home from the battlefield, football became immensely popular in colleges. Rugters and Princeton played in the first college football game on November 6, 1869. Rutgers won six to four.

The Intercollegiate Football Association was formed in 1873 in order to set up a uniform set of rules. Until this association, the game was played with many different set of rules. Walter Camp began the process of institutionalizing the sport and making it vastly different from rugby. However, even with the new rules, deaths and injuries were common in the sport and as a result the game was banned from many schools.

In 1905, President Theodore Roosevelt, Yale, Harvard, and Princeton organized what would later be known as the National Collegiate Athletic Association (NCAA). This organization implemented safety rules and regulations which made the sport safer for participants.

Today, American football is a giant money-maker and is popular in many parts of the word. The Super Bowl, the game which decides the national champion, has become the most watched sporting event.

“The game of base ball has now become beyond question the leading feature of the outdoor sports of the United States … It is a game which is peculiarly suited to the American temperament and disposition; … in short, the pastime suits the people, and the people suit the pastime.”
-Charles A. Peverelly, 1866

Americans have always had a fondness for baseball and it is considered an important part of American culture. No one knows exactly how baseball got invented, however, most historians agree that it probably stemmed from the English game called “rounders.” Rounders became popular in the US around the 19th century and was given the name, “base”, “townball”, or “baseball” in many small towns.

A man by the name of Alexander Cartwright was the first to formalize this new game and created a list of rules in 1845. Many of his rules are still used today. Cartwright is known as the father of baseball.

In 1858, the National Association of Base Ball Players was formed. This was the first organized baseball league. Then in 1876 the first major league, the National League, was formed consisting of about 23-26 teams.

In 1918 Babe Ruth, who is considered one of baseball’s great legends, joined the New York Yankees. During his first season with the Yankees, Ruth hit an outstanding 54 home-runs and helped his team win their first world series. During his 22 year career, he hit 714 home-runs.

In 1941 another Yankees player, Joe DiMaggio, set an astounding record by hitting in 56 straight games. During this two month time-span, Joe batted 409 with 91 hits. His record is 65 years old and is still standing – it may never be broken.

Jackie Robinson broke baseball’s color barrier in 1947 when he became the first African American to play in a major league game. Many people booed when Jackie first took the field, however he remained focused and eventually won over his fans with his outstanding performance on the field. He batted a 297 for the Brooklyn Dodgers and went on to be named the National League Rookie of the Year. Two years later he would be named the MVP (Most Valuable Player) in the National League. Jackie changed professional sports forever by opening up opportunities for minority players.

Basketball was invented in December 1891 by the Canadian-American clergyman, educator, and physician James Naismith, then an instructor at the Young Men’s Christian Association Training School (now Springfield College) in Springfield, Mass.

Naismith formulated the game on the request of his superior, Dr. Luther H. Gulick (1865–1918), that he organize a vigorous recreation suitable for indoor winter play. The game used elements of football, soccer, and hockey, and the first ball used was a soccer ball. Teams had nine players, and the goals were wooden peach baskets affixed to the walls. By 1897–98, teams of five became standard. The game rapidly spread nationwide and to Canada and other parts of the world, played by both women and men; it also became a popular informal outdoor game. U.S. servicemen in World War II popularized the sport in many other countries.

Many U.S. colleges adopted the game between about 1893 and 1895. In 1934 college games were staged in New York City’s Madison Square Garden for the first time, and college basketball began to attract much interest. By the 1950s it had become a major college sport, thus paving the way for a growth of interest in professional basketball.

The first pro basketball league, the National League, was formed in 1898 to protect players from exploitation and to promote a less rough game. One of the first and greatest pro teams was the Original Celtics, organized about 1915 in New York City.

They played as many as 150 games a season and dominated basketball in the 1920s. The Harlem Globetrotters, an exhibition team, were founded in 1927 and achieved wide popularity for their amusing court antics and expert ballhandling. By the 1960s pro teams from coast to coast played before crowds of millions annually. Since the 1980s the NBA has become one of the most popular sports organizations in the world, in part because of the marketability of a number of high-profile star players, most notably Michael Jordan. A labor dispute curtailed the 1998–99 season.