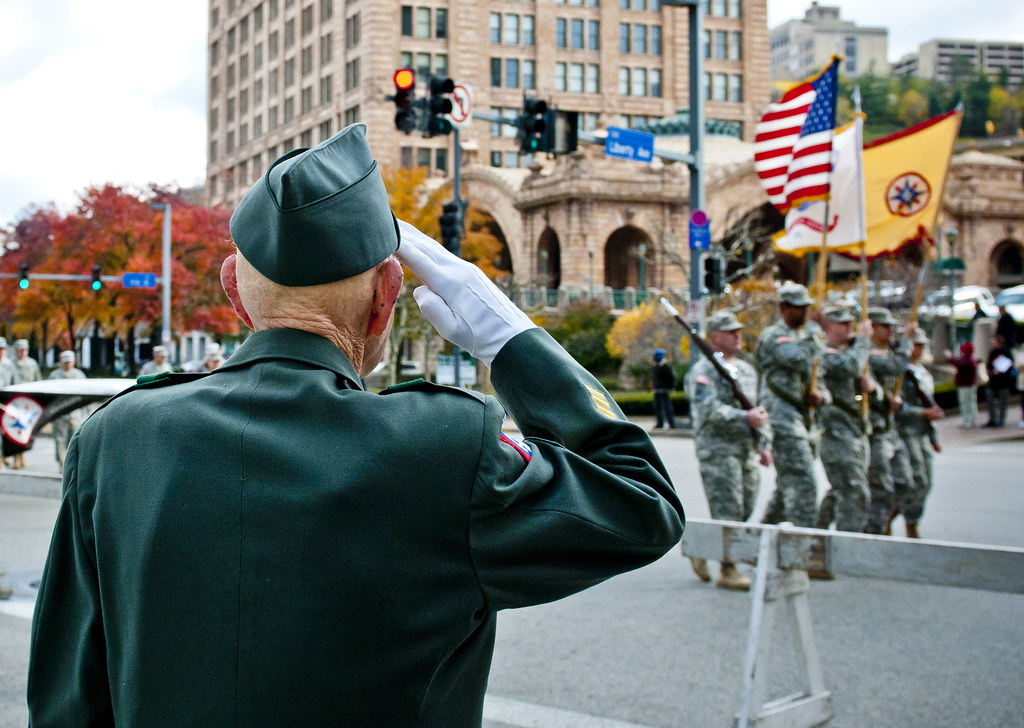 In 1918, on the eleventh day in the eleventh month, the world celebrated, after four years of hard war, a peace treaty was signed.

November 11 was set aside as Veterans’ Day in the United States, to remember the lives lost during the war. On Veterans’ Day, soldiers who survived the war marched in a parade through their hometowns.

Congress voted Veterans’ Day a national holiday in 1938, twenty years after the war ended. But Americans realized that the previous war would not be the last one. World War II began the following year. After the Second World War, Veterans’ Day continued to be observed on November 11.

There are ceremonies and speeches, and at 11:00 in the morning, most Americans observe a moment of silence, remembering those who fought for peace.

The day honors all who have served in the military.