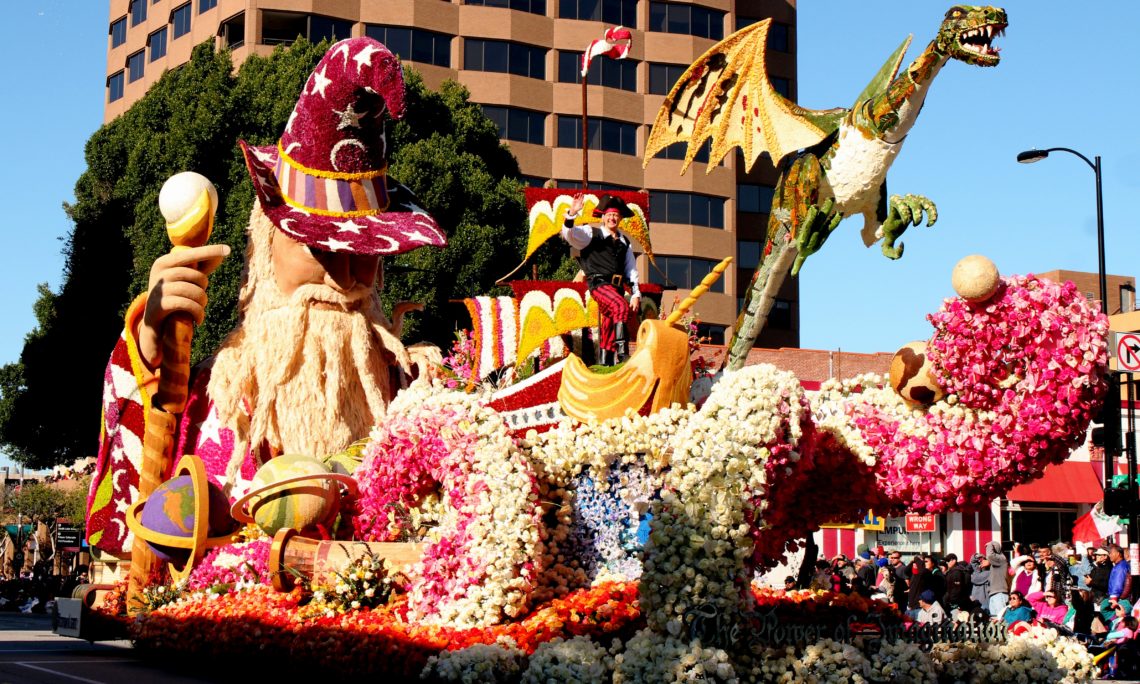 "The Power of Immagination" in Pasadina in 2015. (Photo credit: Prayitno.)

On January first, Americans visit friends and relatives. There is plenty to eat and drink when you stop in to wish your loved ones and friends a happy new year. Many families and friends watch television together enjoying the Tournament of Roses parade, which is before the Rose Bowl football game in Pasadena, California. At first the parade was a line of pretty horse-drawn carriages. Athletic events were held in the afternoon, and in the evening, a dance where winners of the events of the day and the most beautiful float were announced. In later years colleges began to compete in football games on New Year’s Day. The parade of floats grew longer from year to year, and flower decorations increased as well.

The theme of the Tournament of Roses is different from year to year. Today the parade is usually more than eight kilometers long with thousands of people in marching bands or on floats. A celebrity is chosen to be leader of the parade. The queen of the tournament rides on a special float, which is always the most beautiful one of the parade, being made from more than 250,000 flowers. Spectators and participants alike enjoy the occasion.