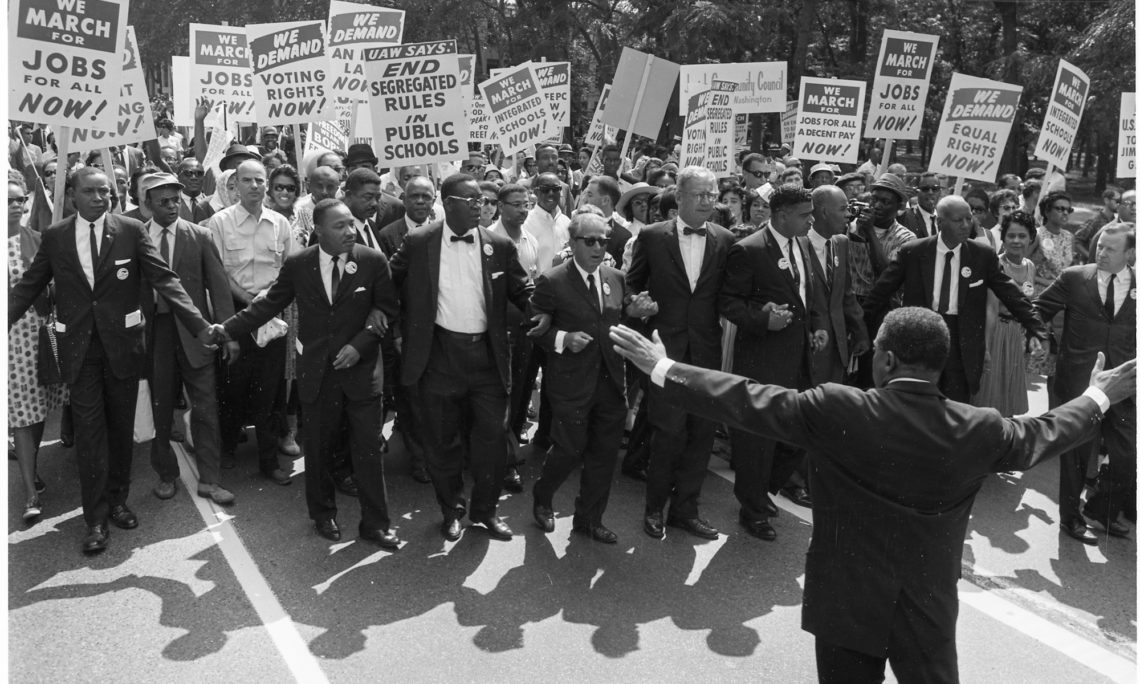 Who was Martin Luther King?

Martin Luther King Jr. is a very important figure in U.S. history. He was born on January 15, 1929, in Atlanta, Georgia, and as an adult he became a Baptist minister. From the 1950s and until his death in 1968, Dr. King played a big role in the Civil Rights Movement.

Along with other civil rights activists, Martin Luther King founded the group SCLC – Southern Christian Leadership Conference. The SCLC fought for human rights and equality for all African Americans through non-violent protests. Their motto was: “Not one hair of one head of one person should be harmed.”

Martin Luther King traveled all around the United States and the rest of the world, where he spoke to people about civil rights and non-violent protest. He was the driving force behind many watershed events in the Civil Rights Movement. One of these is the March on Washington and his “I Have a Dream” speech.

In 1963, Martin Luther King and several civil rights groups organized a big non-violent protest for jobs and freedom. The protest was held on August 28, 1963. On this day, a crowd of more than 250,000 people gathered in Washington, D.C. The protesters marched to support the passing of laws that guaranteed every American equal civil rights. Martin Luther King was at the front of this march, which is called “the March on Washington.” That day, Dr. King gave a famous speech on the steps of the Lincoln Memorial, entitled “I Have a Dream.” The March on Washington was one of the largest gatherings of black and white people that the nation’s capital had ever seen at that time.

In 1968, Martin Luther King, Jr. was killed while he was leading a workers’ strike in Memphis, Tennessee. People who had worked so hard for peace and civil rights were shocked and angry. The world grieved the loss of this man of peace, and to this day we honor the many important and influential marks he has left on the United States.