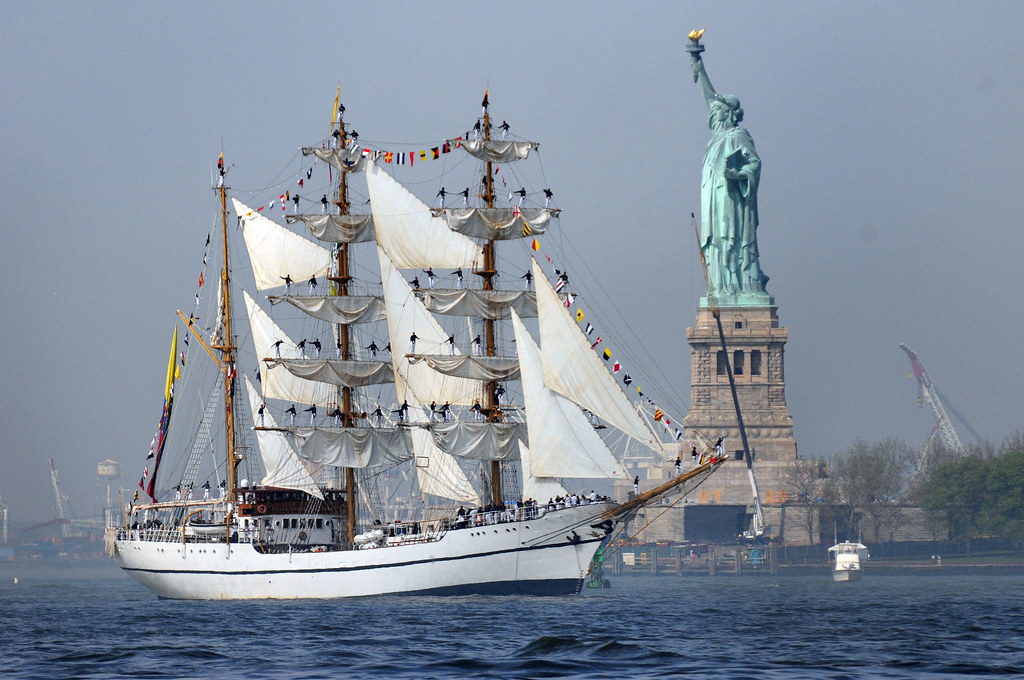 Today we take for granted that the world is round. In the fifteenth century, however, most people believed the world was flat. They thought that monsters or a trip over the edge of the earth waited for anybody who sailed outside the limits of known territory.

There were educated people, however, who reasoned that the world must be round. An Italian named Christopher Columbus was bold enough to push this notion, and ask for money to explore the seas, and find what he thought would be the other side of the earth.

Finally, on August 3, 1492, he and ninety men set sail on the flagship Santa Maria. Two other ships, the Nina and the Pinta, came with him. They sailed west. Three long months went by. His men became tired and sick, and threatened to turn the ships back. Columbus encouraged them, certain that they would find the spice trail to the East. On October 11th, ten o’clock at night, Columbus saw a light. The Pinta kept sailing, and reported that the light was, in fact, land. The next morning at dawn they landed Christopher Columbus and his crew had expected to see people native to India. They called the first people they saw “Indians.” When they landed on the island that is now Cuba, they thought they were in Japan.

In 1905, Colorado became the first state to observe a Columbus Day. Over the next few decades other states followed. In 1937, then- President Franklin Roosevelt proclaimed every October 12 as Columbus Day. Since 1971, it has been celebrated on the second Monday in October.