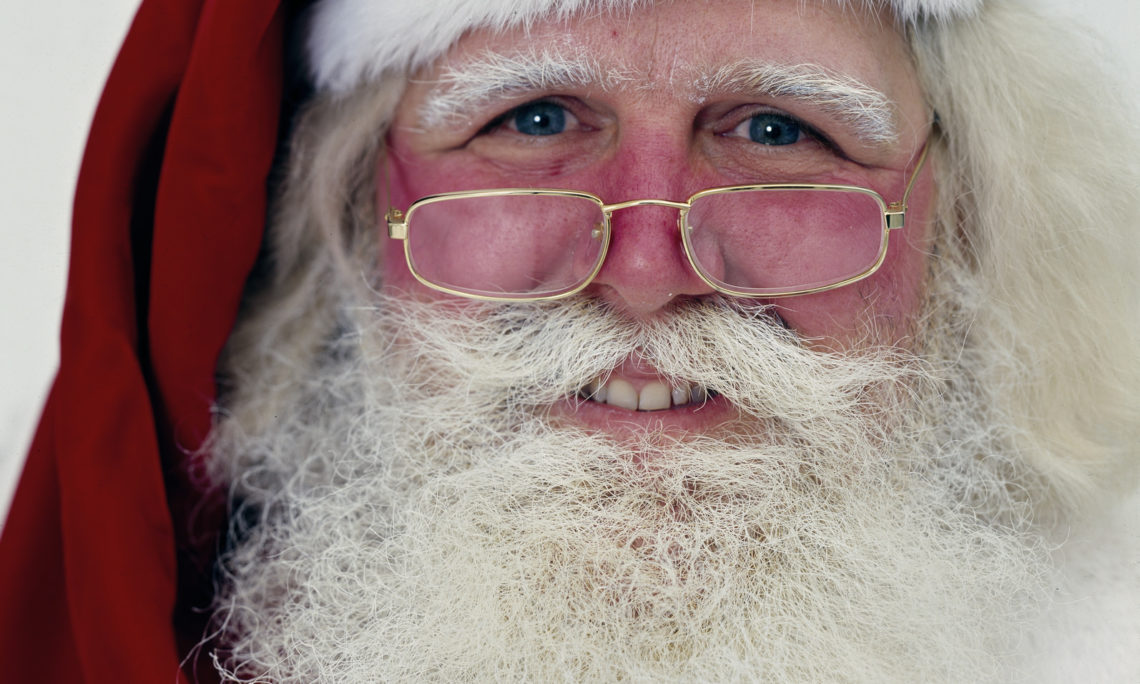 To people all over the world, Christmas is a season of giving and receiving presents. In Scandinavian and other European countries, Father Christmas, or Saint Nicholas, comes into houses in the night and leaves gifts for the children. Saint Nicholas is represented as a kindly man with a red cloak and long white beard. He visited houses and left gifts, bringing people happiness. Another character, the Norse God Odin, rode on a magical flying horse across the sky in the winter to reward people with gifts. These different legends came to make the present day Santa Claus.

Santa Claus gets his list of toys from the millions of children who write to him at the North Pole. Children also find Santa Claus at shopping malls across the country. They sit on his lap and tell him what they want for Christmas.

On December 24, Christmas Eve, Santa rides his sleigh pulled by eight reindeer loaded with presents. The reindeer pull him and his sleigh through the sky to deliver presents to children all around the world, that is, if they had been good all year.