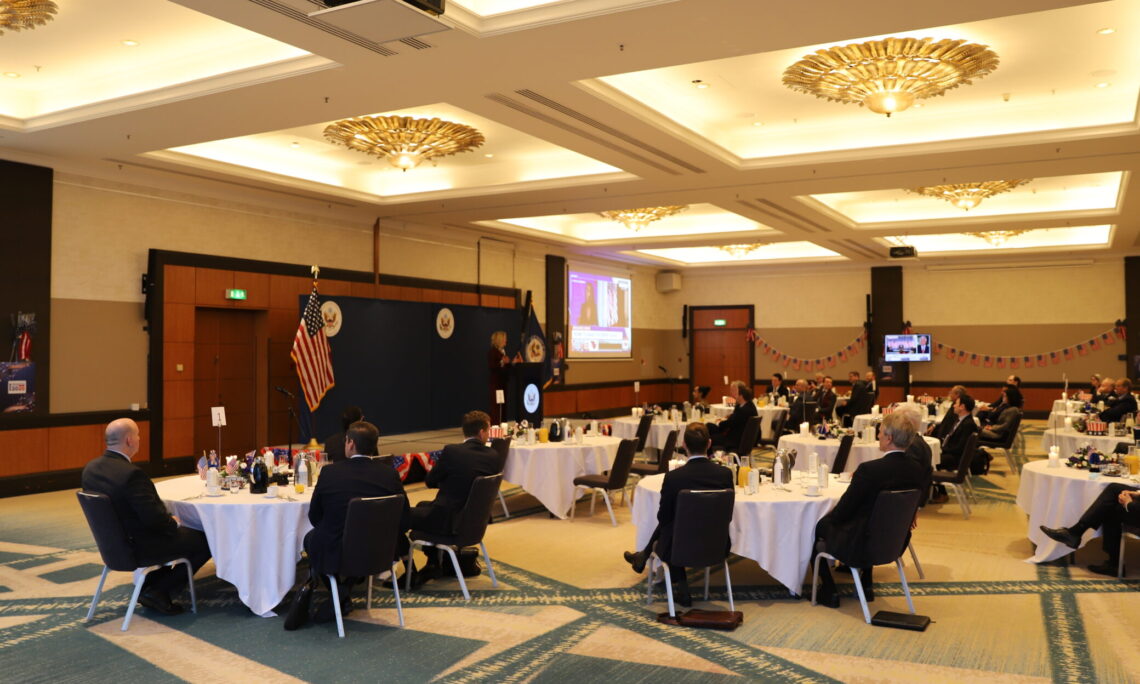 Talking about the elections

Every four years there is a Presidential Election in the U.S. and for us that means election celebrations and election events. In an election year, we talk to many more schools than in an average year, we visit many more organizations. And of course answer many election related questions. This year has been no different, except that most events have been virtual and digital.

Election years are always exciting and it’s always a pleasure to talk to Danes about how elections in the U.S. work. We want to thank all of you who have shown an immense interest in the U.S. elections!

Another cherished election tradition is events on and right after Election Day.

This year, we did not host our own election night event, but we were happy to support the wonderful event organized by Det Udenrigspolitiske Selskab and kongressen.com and hosted by National Museet. In line with the times, it was for a limited in-person audience and a much larger virtual one. U.S. Ambassador to the Kingdom of Denmark Carla Sands spoke at the event along side a great lineup of other interesting and knowledgable people, who discussed not only the elections, but also U.S. politics in general as well as American culture and history. Being a virtual event, you can still watch it on YouTube

As in years past, the U.S. Embassy partnered with our friends from AmCham Denmark to host an election breakfast. This year’s event was a great opportunity for many of our shared contacts in Danish politics, media, and business to meet and talk about the election. The breakfast also featured Danish political science Professor, Peter Kurrild Klitgaard and John Fortier, Director of Governmental Studies at the Bipartisan Policy Center who provided their thoughts on the state of play of the U.S. election. We would like to thank all who joined us at the event in celebration of democracy.

Most of all, we would like to thank all the many Danes who – in this election year and in every election year – show such an incredible interest in the U.S. elections.

If you would like to learn about U.S. elections and American politics or if you are an English teacher or social science teacher, take a look at USA i skolen, our site for teachers and students aged six to 18.