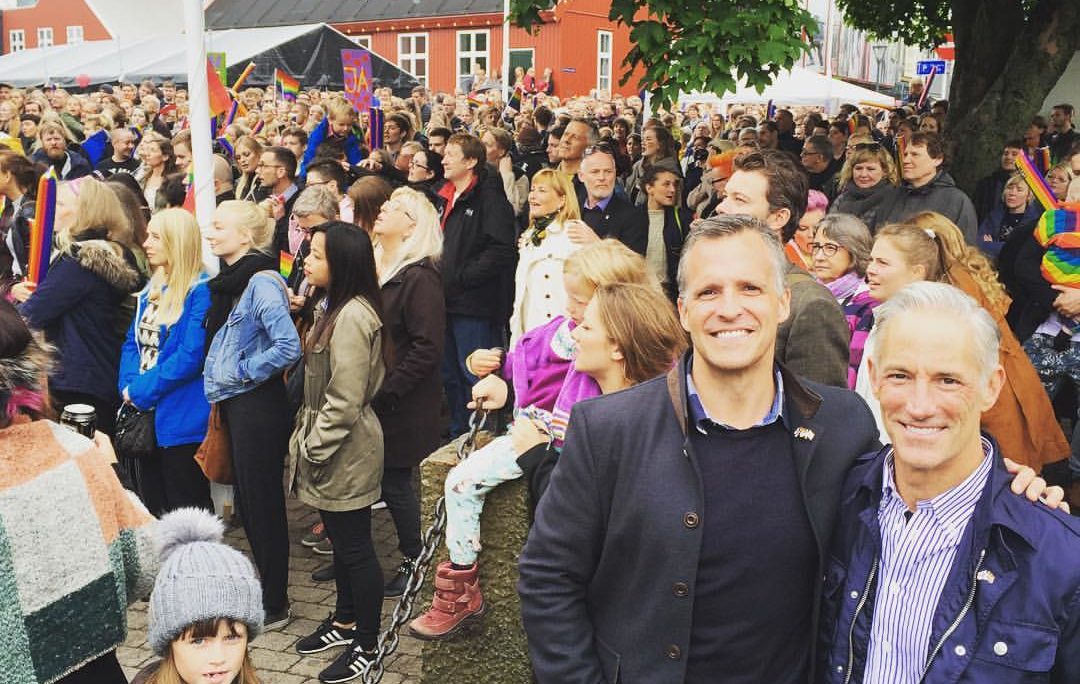 In the last week of July, Ambassador Gifford, Dr. Stephen DeVincent, and embassy staff went to the Faroe Islands. The visit had many aspects including strengthening business ties, being the unique nature and ecosystem that exists in the Faroe Islands. But the two biggest items on the agenda were 1)participating in the Faroese Pride Celebrations on July 27, which were attended by ten percent of the population, something we believe makes it the most well attended Pride Celebration ever; 2) participating in the two-day National Day Celebrations called Ólavsøka, including all the traditional aspects of the celebrations.