Home Home | News & Events | How can I be in a foreign country but still feel like I’m home? 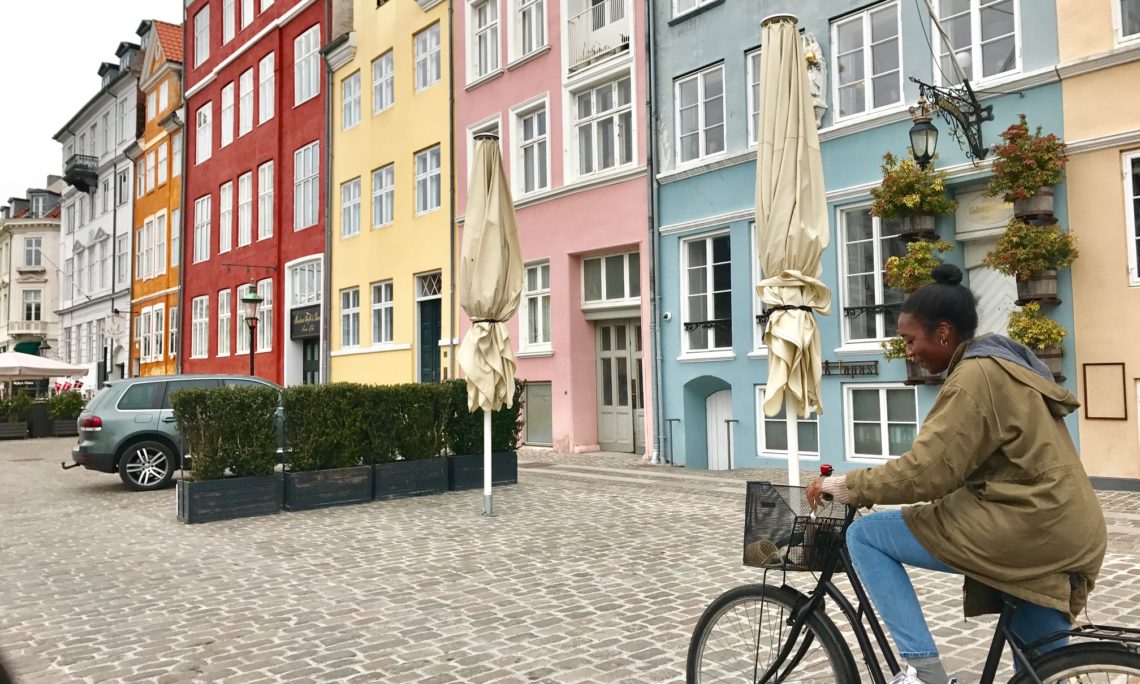 Here is Simbi’s second blog post. During her studies in Denmark she will write about her experience as an exchange student. In this blog post, she is looking at differences and similarities between Denmark and the United States.

I see life as a journey made of decisions and experiences that in some way help to shape who I am. I’m leading the life that I am due to thoughts I’ve had in my life that I decided to act upon. Studying abroad was a decision I made in my first year of college, but when it came down to choosing the program I could’ve never imagined that this experience would lead me to the journey that it has been.

It’s interesting how I feel like I’m living a completely separate life than my life back in the States. I’m away from my friends, family and everything I’ve known to be true, but in reality I’m not. It’s taken a while for me to wake up and realize it’s my life and I simply happen to be halfway across the world living it.

A question I’ve asked myself is: How can I be in a foreign country but still feel like I’m home? Whenever I travel anywhere else in Europe I consider myself coming back “home” to Denmark where I’m able to relax and feel at complete ease again.

The decision to study abroad has given me the opportunity to live life in a country I could only imagine being in, and now consider my second home. Through these life experiences I have found a few similarities and differences between my life back in the States, and my life in Denmark.

I cannot say enough good things about the people I have met here. I was really unsure of what to expect. I remember a few of my exchange friends and I trying to determine if Danes understood sarcasm or not because accidentally offending someone was a fear we shared together. Through the course of the year I learned that the fear we had was wrong. The sense of humor is the same as anywhere else in the sense that it’s a person by person thing. Some people will give you back sarcasm harder than you, while others don’t really get the joke – and that’s okay. It was comforting to realize how universal humor is – even with language barriers.

I also can never say enough to how lovely and friendly everyone I have met so far is. I have traveled to a few other countries during my stay here and I’ll never be able to get over the kindness I have found here.

Other than Danish being the first language, there aren’t many differences I have noticed between the Danes and anyone else I’ve met before. Obviously everyone in the world has their own personality and things that make them who they are. So what I mean by there aren’t many differences is that how people treat me in Denmark isn’t much different to how people treat me in the States.

I’ve grown up in a suburb all my life and that’s an aspect that didn’t change, since I now live in a suburb of Copenhagen. The small town feeling I get from living in Herlev is the same I get from my hometown. It is a sort of refreshing feeling to have. Having a train station, a shopping center and places to eat all accessible in one town outside of the city is nothing new to me.

I could say the biggest change for me is the use of public transportation and bikes. I’ve never seen more bikes riding around the streets than I have seen while riding around in Copenhagen. It’s easy to find one for a reasonable price and I for some reason I feel more a part of the Danish culture when I ride my bike. It is a change from the States though, because everyone I knew had their driver license by sixteen years old. It’s also different to rely on public transportation to get where you need to go, but once you get the hang of riding on the bus, train, or metro, it’s a piece of cake.

School is similar in the sense that you’re expected to be at class on time, ready to learn and participate. I have to say that this is one of the few similarities I’ve experienced between my school in

Denmark, and my school back in the States. My school in Denmark, Danish School of Media and Journalism (DMJX), has around 1000 or so students, while the one in the States has over 30,000 students. Getting used to the intimate classroom settings was nice in the sense that I had the opportunity to get to know everyone in class better than my big lecture halls back home. Another difference is the structure. At home, I have five classes on different subjects with the same schedule week to week, but at DMJX the class is set up in modules and the class schedule varies by day. I think the flexibility in the structure of the schedule is nice and less of a “robotic” structure but it was a bit of an adjustment at first.

Essentially to me the Danish lifestyle is the epitome of living. I can’t speak for all of Denmark, as I’ve only gotten through the neighborhoods in the city and a little bit outside of the city, but from what I’ve seen so far, I like it a lot.

Although I have experienced my truth to what the Danish lifestyle is, it’s not the same for all Danes. I have a few people from my kitchen that grew up in more rural areas and I’ll mention some of the places I’ve visited and they have never been there before. One of my kitchen mates even said to me once, “Simbi, I think you’ve seen more of Copenhagen than I have”, which I could see being true because I’m trying to fit years of living here into six months. It’s an interesting realization to have, but I’m enjoying exploring this city and its people along the way.

To my surprise, I have been able to eat my way through Copenhagen with ease. There is pretty much every type of food here that I would find in the states besides my weekly date eating Mexican with me, myself and I. I’m able to eat everything I normally would at home – plus some Danish dishes I wouldn’t normally have had the opportunity to eat. It’s wasn’t hard for me to find one…or ten places that I call good to eat at in Copenhagen.

Through all the similarities and differences I have been able to find my own normal somewhere in between. I enjoy that I’m not in a culture that is exactly the same as where I’m coming from because then I wouldn’t have the opportunity to learn anything new about the world around me. I see myself being able to grow culturally a little more through this experience and that’s something I couldn’t be more excited for. My home away from home is looking more and more like just home each and every day.