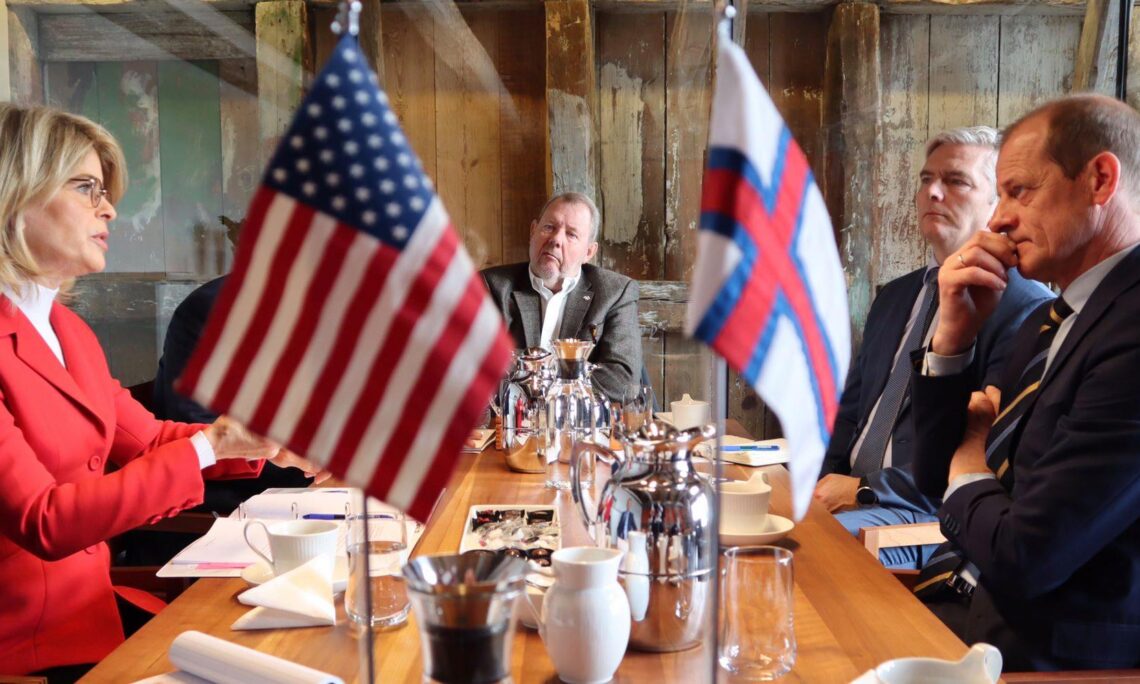 The U.S. and the Faroe Islands have many shared goals and priorities, including increased trade and increased scientific cooperation. At meetings with the Faroese Foreign Minister Jenis av Rana and Finance Minister Jørgen Niclasen, the importance of our shared values and their role in our common security was discussed.

During the first-ever visit by a U.S. Ambassador to Klaksvik, Ambassador Sands met with city officials, including Deputy Mayor Signhild Johannesen, in the Faroe Islands’ second largest city.

Amb. Sands also spent time learning more firsthand about fishing, which is the largest industry in the Faroe Islands – fishing. In Klaksvik, Ambassador Sands visited the Klaksvik-based pelagic vessel Nordborg to hear about the Faroese fishing industry and how it contributes to the local community.

While in the Faroe Islands, Ambassador Sands was interviewed for TV by Kringvarp Føroya and by the daily newspapers Sosialurin and Nordlysid.