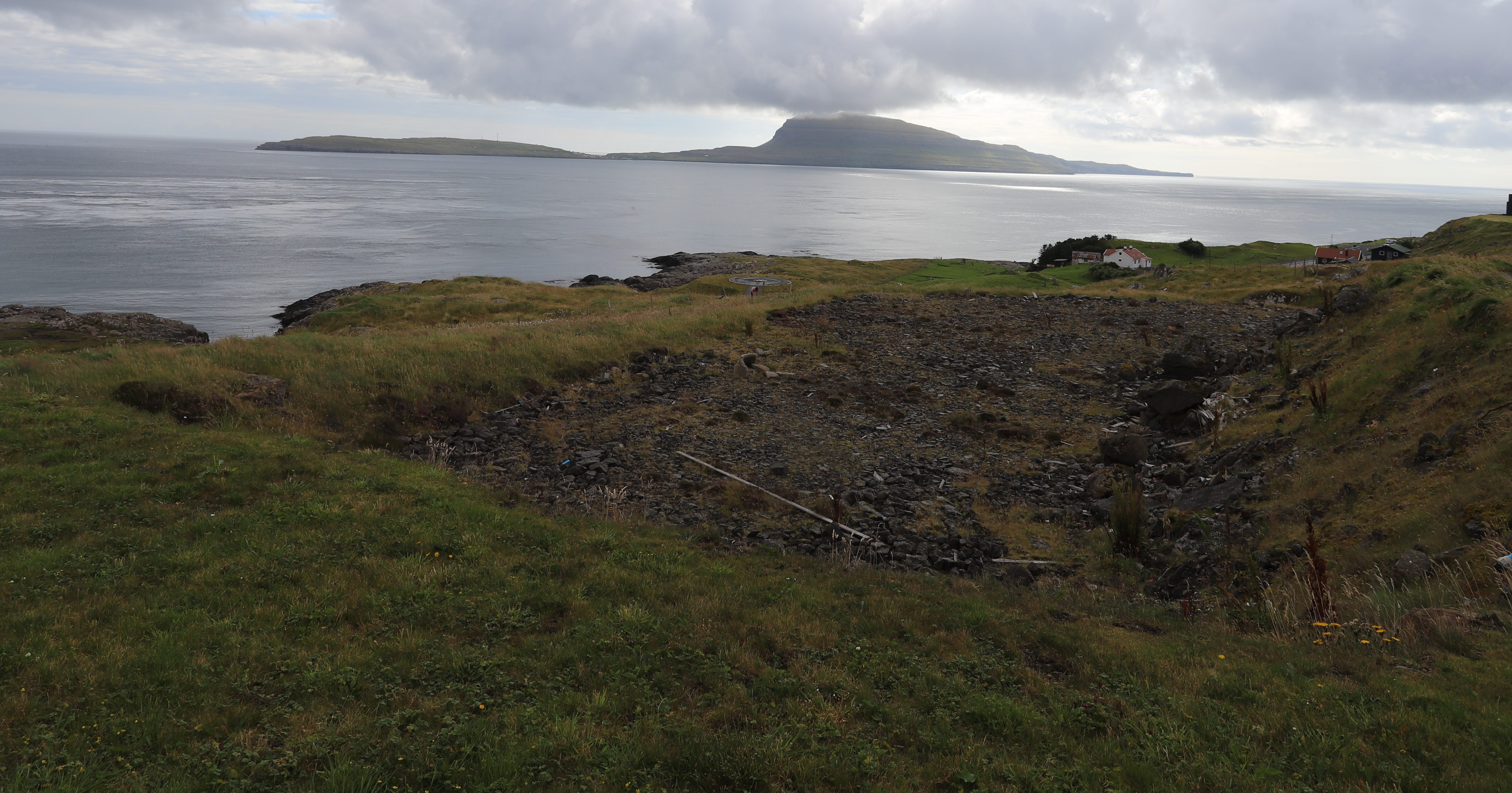 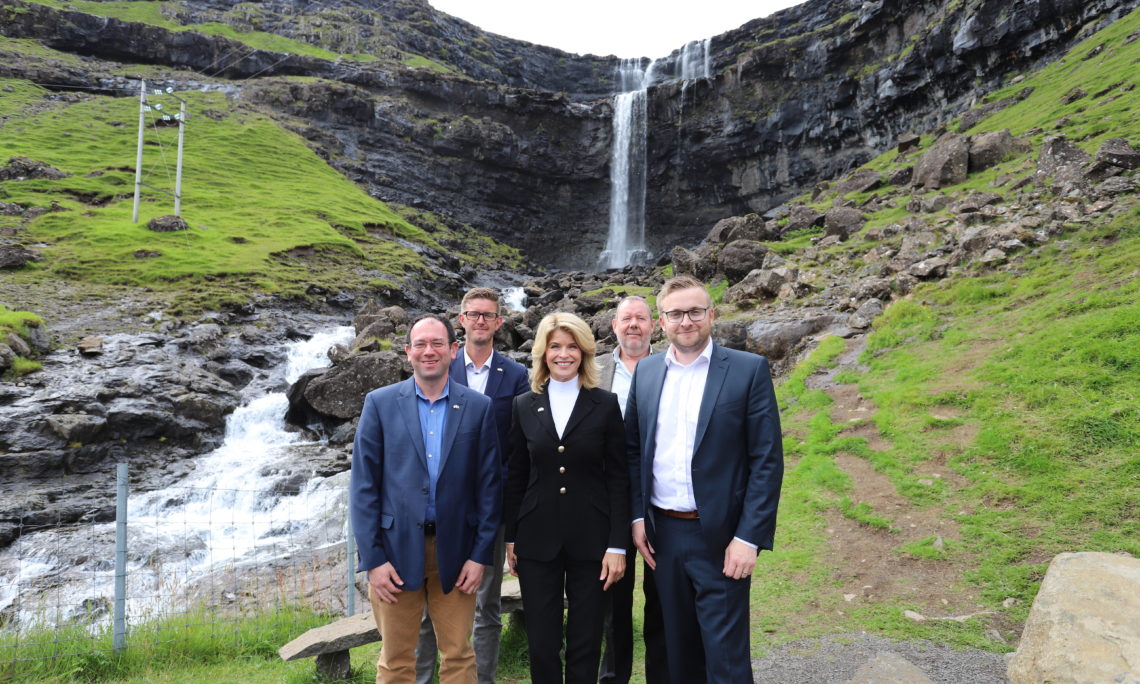 Ambassador Sands and staff from several Embassy sections visited the Faroe Islands in late August, 2018. During the visit the delegation met with Arctic Command for a briefing about their work in the waters around the Faroe Islands.

A visit to Vinnuhúsið/Industriens Hus was also on the agenda. Ambassador Sands was briefed on the Faroese economy and the Faroese business sector’s outlook on the future.

The Løgtingið – the Faroese Parliament graciously opened their doors to the Embassy delegation and talked about their daily work and the parliament’s unique 1,000 years long history.

The biggest company in the Faroes, Bakkafrost hosted the Ambassador for a briefing about their work and the company’s plans for expansion in the U.S.

Ambassdor Sands also met with Lene Moyell Johansen, the Danish High Commissioner of The Faroe Islands for a briefing about her work and about how Denmark and the Faroe Islands divide areas of responsibility between them.

Later that day, Ambassador Sands met with the Mayor of Tórshavn, Annika Olsen, to hear about all the great developments taking place in Tórshavn, for instance the construction of new educatoin- and sport facilities.

Towards the end of the day, Ambassador Sands met with the Faroese Finance Minister Kristina Háfoss, Minister for Foreign Affairs and Trade, Poul Michelsen, and Prime Minister Aksel V. Johannesen for talks about the Faroese economy, Faroese trade and the U.S. – Faroe Islands relationship.

The meetings were a perfect conclusion to several days of very fruitful meetings and briefing about the many innovative projects taking place in the Faroe Islands and how the U.S. and American companies can play a role.

During the visit, Ambassador Sands was interviewed by two of the most influential media outlets in the Faroe Islands, Sosialurin og Kringvarp.

Suggested for You
Tweets by USAmbDenmark