Home Home | News & Events | A celebration of investments in Denmark and increased trade between Denmark and the U.S. 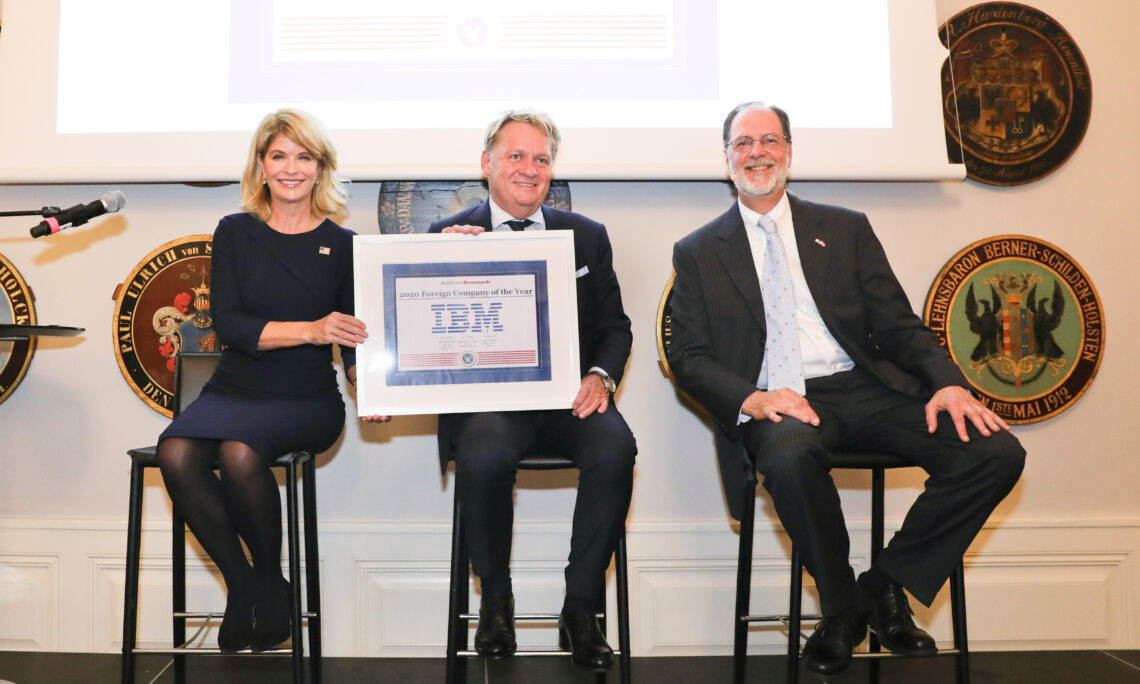 On October 1, Ambassador Sands participated in a dinner at Sølyst arranged by the American Chamber of Commerce (AmCham) in Denmark. The purpose of the dinner was to award the prize for this year’s “Foreign Company of the Year Award.” IBM Denmark received the prestigious honor this year in recognition of their continued efforts on developing and innovating their business in Denmark. The jury emphasized IBM’s focus on innovative IT solutions and their decision to place a Client Innovation Center in Denmark.  Ambassador Sands joined Henrik Bodskov, Managing Director of IBM Denmark; Stephen Brugger, Executive Director of AmCham Denmark; and Jørgen Bardenfleth, spokesman for the jury in congratulating IBM on their award.

The Foreign Company of the Year Award is given out every year to a foreign company that makes a visible difference in Denmark through their investments and local commitment. The award was established by AmCham in 2004 and has since then recognized many prominent companies for their accomplishments. An independent jury evaluates the applications and selects the winner based on significant achievements in growth, investments, partnerships, innovation and CSR/sustainability. Last year, Amgen won the honor at AmCham’s 20-year anniversary gala dinner where the Crown Prince couple was in attendance.